In an effort to establish clear guidelines for physicians in treating lung nodule patients, two UC Davis researchers will assist in a major national study to improve surveillance practices for patients with small, low-cancer-risk lung nodules identified with CT imaging.


As a major portion of the funding for this bioresearch, UC Davis was given a 5-year, $2.3 million grant from the Patient-Centered Outcomes Research Institute (PCORI) (2/2016). This funding was part of a $64M program to answer critical questions about cancer care, back pain and stroke. 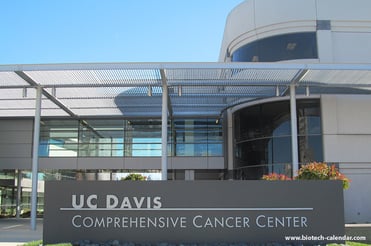 “The goal at the end of the day is to have one clear guideline about how often these patients should be followed up with low-dose CT imaging,” Miglioretti said.

“At the conclusion of this study, we want to say one of these two surveillance programs – either the less intense or the more intense, is appropriate. We want to make sure that whichever approach is chosen, it will give us the optimal number of early-stage lung cancers, while reducing harms such as excess radiation exposure and benign biopsies.”

In addition to the ongoing studies at UC Davis, new methods of lung nodule detection and identification from Veran Medical are being developed, allowing researchers at Morehouse and Emory University to assess lung nodules more efficiently. Newer studies, published in The Internet Journal of Pulmonary Medicine, use Veran's new diagnostic tool, the SPiN Thoracic Navigation System, to locate and sample hard-to-reach lung nodules with a higher degree of precision using tiny electromagnetic sensors.

Past studies have shown that lung nodules move as a result of a patient coughing, moving, or simply breathing. This creates a moving target, causing great difficulty during surgical diagnostic procedures. Veran’s novel 4D dynamic respiratory technology gives physicians the ability to reach evasive lung nodules, even if a patient's lungs do not remain perfectly still during the procedure due to breathing or other movement.

Together, the Davis team and the Morehouse/Emory team are working to improve the lives of lung nodule sufferers by ensuring that they are diagnosed as early and acurately as possible.

In addition to research in the field of pulmonary medicine, scientists at UC Davis are currently making progress in the following areas: 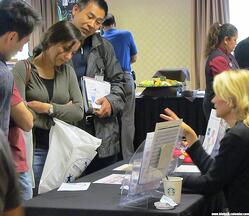 UC Davis has almost 1,000 basic science, translational and clinical research studies in progress. These programs are made possible through state and federal funding, as well as grants from private foundations, including the pharmaceutical and biotechnology industries and philanthropic donations.

UC Davis Research lab product suppliers are invited to exhibit thier products and to meet with UC Davis researchers to educate them about the newest lab technologies available. The upcoming 19th Annual BioResearch Product Faire™  will be held at The UC Davis Medical Center on January 18, 2017.

If you would like to exhibit life science products at this event, please click the button below:

UC Davis researchers and Davis area life science community members are invited to attend this event free of charge: For more information about attending this lab product event at a top medical research university, click below:

The 2017 Emory University Bioresearch Product Faire™ event is being held on 3/23/2017 and still has lab supplier exhibit space available.