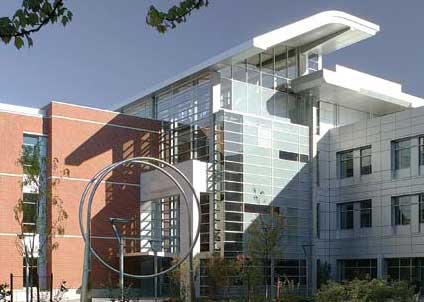 According to an article for OSU News and Research Communication, XPS uses X-rays to determine the composition, chemical states and electronic states of surfaces and interfaces from materials or thin-film structures. The technique is vital to the development of new and better materials for semiconductors, solar energy, batteries, catalysis and various environmental applications.

In that same article, Greg Herman, chemical engineering professor and the principal investigator on the grant that secured funding for the new piece of research equipment stated, “Our new system can operate over a broad range of temperatures and pressures, including conditions similar to those on Earth,” said Herman. “This enables us to extrapolate real-world conditions much more accurately than conventional XPS, which operates under ultrahigh vacuum, similar to conditions on the moon.”

The AP-XPS/STM was acquired in part through a major research instrumentation award from the National Science Foundation. Matching funds for the system were provided by the M.J. Murdock Charitable Trust, the Oregon Nanoscience and Microtechnologies Institute, Oregon BEST and Oregon State University.

In addition to supporting the work of Oregon State researchers in engineering, chemistry and physics, the AP-XPS/STM system will be available to researchers from other universities, national laboratories and private industry. “This new system brings unique research capabilities and will play a key role in advancing the College of Engineering’s strategic research areas of clean energy, advanced manufacturing and materials science,” said assistant professor Líney Árnadóttir, the chair of the upcoming, 2017 Symposium of the Pacific Northwest Chapter of the American Vacuum Society, being hosted at Oregon State. A workshop detailing the capabilities of the AP-XPS system, including a lab tour, will be offered during the Symposium.

About the College of Engineering at Oregon State University.

Oregon State University’s College of Engineering was founded in 1889. Achievements by the graduates of the college include inventing the first artificial heart valve, the computer mouse, and the concept of e-mail. The College offers 15 undergraduate and 14 graduate degrees. These include:

The current operational budget for the OSU College of Engineering is $133.6 million. The faculty is made up of 182 tenured or tenure-track professors. There are 22 endowed positions and professorships receiving $250K or more annually. They work with 34 research personnel and 115 staff members. The College receives $37.1M in research funding grants as well as $20,5M in private giving annually.

Lab supply vendors wishing to market their products to OSU researchers should plan on participating in the 11th Annual BioResearch Product Faire™ Event at Oregon State University in Corvallis, Oregon. This event will be held on Friday, November 10th, 2017. Vendors can increase their laboratory product sales by displaying and demonstrating their laboratory equipment and general lab supplies at this biotechnology trade show.

This event is a great opportunity researchers to network and learn about the latest biotech and lab supplies. Science professionals are invited to attend for free! For more information about this premier life science event, click below: 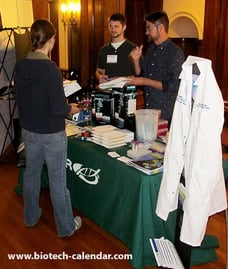