The $12.9 million grant was given by the National Heart, Lung, and Blood Institute and will fund a five-year program to research blood stem-cell treatments for immune deficiencies, such as “bubble-boy disease” and sickle-cell anemia. 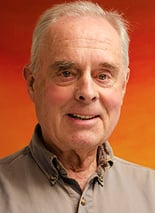 “Current approaches at cell and gene therapy for lethal noncancerous diseases of the blood and immune systems have inherent toxicities that may affect patients for the rest of their lives,” said Storb, a founding scientist at the Fred Hutchinson Cancer Research Center and head of the Transplantation Biology Program. “The targeted therapies proposed under this grant aim to eliminate these toxicities.”

In collaboration with fellow Fred Hutch researchers Drs. Ann Woolfrey and Lauri Burroughs, Dr. Storb will test less-toxic to blood stem-cell transplants and several other cutting-edge methods, including the use of targeted immune system molecules and a genetic “safety switch”.

According to Fred Hutch, this program builds on almost 35 years of large-scale research funding from NHLBI that Storb received to develop and improve transplantation of blood stem cells for noncancerous blood diseases.

As one of the leading medical research facilities in the world, Fred Hutch is home to hundreds of scientists who are extremely busy conducting federally funded life science research projects. 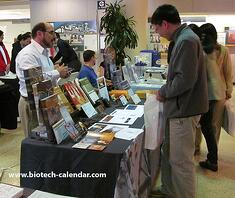 Lab supply vendors interested in promoting their biotech and lab products successfully to the prominent researchers of Fred Hutch can join the leading companies already exhibiting at this popular event.

Exhibit spaces are filling fast… contact us today to promote your products to some of the world’s leading researchers at the 10th annual BioResearch Product Faire at Fred Hutchinson Cancer Research Center on Wednesday, August 12, 2015.

For more information about participating in the extensive Fred Hutch biotech marketplace, click below: