Until recently, there have only been 5 genes known to cause this vision disorder, but these genes only account for about half of those with the disorder.

Researchers at Columbia University, in collaboration with an international team, recently identified a sixth gene that can cause Achromatopsia, independently from the other 5. This gene is ATF6, a gene involved in the unfolded protein response.

Dr. Stephen Tsang, lead Columbia University researcher on the study, explained that “ATF6 is found in every cell of the body, but for some reason only the cone cells were affected.” Mutations in this gene did not lead to any other disorders in the children.

Further research on mice led the team to believe that the effected cone cells of those with Achromatopsia are not permanently damaged, and there could be potential ways to correct the disorder by treating the signaling pathway that controls the unfolded protein response. 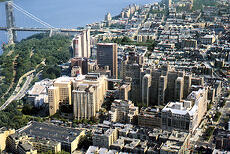 "Several drugs that activate this pathway have already been approved by the FDA for other conditions and could potentially benefit patients with achromatopsia,” said Tsang.

Departments at Columbia University receiving more than $10 million of this funding include: 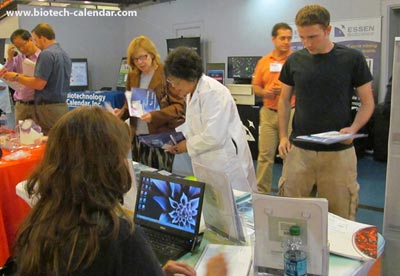 Interested in meeting face-to-face with hundreds of active life science researchers from Columbia University in one place in just a few hours time? Biotechnology Calendar, Inc. produces an annual BioResearch Product Faire™ Event in New York that brings together lab suppliers with more than 325 of these active scientists.

The 6th Semiannual BioResearch Product Faire™ Event at the Armory Track & Field Center in New York, adjacent to Columbia University, will be held on Tuesday, September 29, 2015. At the 2014 event, researchers from 44 different science departments and 20 on-campus buildings attended the event.

Lab suppliers interested in participating in this event are encouraged to visit the link below to learn more:

New York area researchers can visit the link below to learn more about attending this complimentary event:

While in New York, consider making the most of your time to meet with the most researchers by participating in the other 2 shows in the region.