The United States leads the world in soybean production, harvesting some $4 billion each year from the plant. So when soybeans start falling prey to an affliction known as soybean rust, researchers at the University of Illinois, Urbana-Champaign step up their game to find a solution. A research geneticist has produced the world’s first rust-resistant soybean variant, solving a decades-old riddle that began at the University of Illinois.

Soybean rust is actually a fungus that eats away at the leaves of soybeans, causing serious problems for soybean growers. It’s only been in the United States since 2004, but researchers have been working on ways to stop it for several decades. A popular idea was to experiment with other plants that had known resistances to fungi like soybean rust.

One species that held particular promise was Glycine tomentella, a common Australian weed that completely resists soybean rusts and several other diseases. “Many people tried to hybridize it with soybean plants, starting back in 1979 at the University of Illinois,” recalls Ram Singh, professor of pathology and genetics at the University of Illinois.  Unfortunately, these hybridizations only led to sterile plants, “and they decided it was impossible,” Singh, said in a UIUC press release. 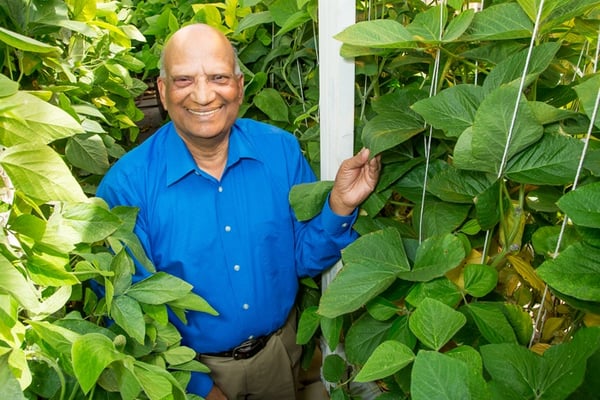 Instead of giving up, Singh continued to look for a way to make the hybridization between soybean plants and Glycine tomentella successful. He found that there was a specific mechanism causing the sterilization of the seeds, and with a particular hormone treatment, he could disable the mechanism. In so doing, he developed the first soybean plant to ever resist soybean rust. 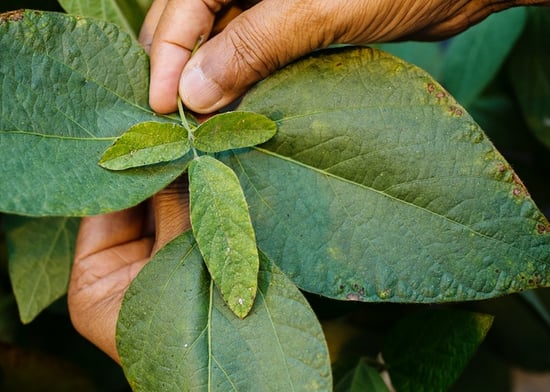 To keep the momentum going, Singh tried to make the most of this harmonious hybridization. He noticed how tomentella grew so fervently in Australia (it is a weed, after all) and wondered if he could increase the seed count of the soybeans even further. So far, he has improved on the yield of one of the most popular soybean plants, “Dwight” Glycine max.

The genetic material in wild Glycine species “is just like a treasure that is locked inside,” Singh said. “With this method, we are unlocking the treasure.”

The Illinois Soybean Association, the Soybean Disease Biotechnology Center at the U. of I., and the United Soybean Board provided partial funding for this work. More funding information related to the University of Illinois, Urbana-Champaign and the research it conducts can be found using the link below: