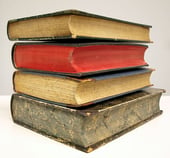 Pulmonary alveolar microlithiasis (PAM) is a rare lung disease that has only been recorded about 700 times in medical literature. In order for someone to get PAM, both parents must have the genetic mutation that causes it. Although rare, this disease can result in a much shorter life expectancy or death. With the help of a new grant worth $1.6 million over the next four years from the National Heart, Lung, and Blood Institute of the NIH, researchers at the University of Cincinnati will further study this rare disease. (Image courtesy of Wikimedia Commons)

Cincinnati researchers, lead by Frank McCormack, MD from the University of Cincinnati College of Medicine, will use this new grant to study the "lung stones" caused by pulmonary alveolar microlithiasis that affect the lungs. These stones are made from calcium phosphate which collects in the lungs and causes damage to lung tissue, which can lead to severe breathing issues, chest pains, and calcium phosphate deposits on other important organs in the body, leading to further damage.

The Cincinnati research team will use a mouse model similar to humans to study the disease. McCormack explained that the researchers "have created a mouse model that closely mimics the human condition. We are trying to understand the cause of the disease and to use the mouse as a platform to design trials. We have some exciting practical ideas for treatment that we are anxious to bring to the bedside."

He further explained that "in rare disorders, we can study disease pathogenesis from the vantage point of a known molecular defect. Rapid progress is possible and discoveries made in the orphan disease can shed light on more common disorders. For example, the anti-GM-CSF auto-antibody found to cause the rare lung disease alveolar proteinosis is now being trialed in a number of autoimmune disorders." 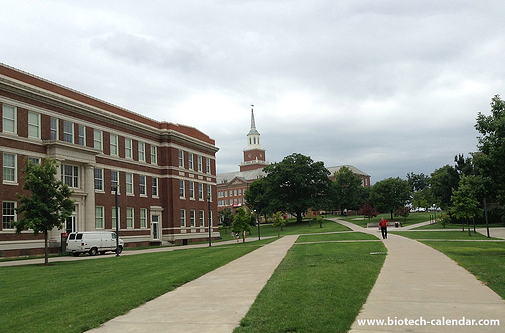 Research projects at this institution include:

With so much in life science lab funding, the University of Cincinnati provides a prime marketplace for lab suppliers to source new quality leads. Biotechnology Calendar, Inc. makes it easy for lab suppliers to meet with researchers in this marketplace by producing an annual BioResearch Product Faire™ Event that brings together researchers from 31 different life science departments and 14 on-campus buildings with lab supply companies wanting to expand in the Cincinnati marketplace.

The 14th Annual BioResearch Product Faire™ Event in Cincinnati, OH will be held on Friday, August 7, 2015.

To learn more about participating in this event, visit the link below: