Science researchers at the University of North Carolina at Chapel Hill recently conducted a study that shows that boys in the United States are entering into puberty earlier than in the past, sometimes as young as at the age of nine, according to a UNC Chapel Hill news article.  The research was published online in the journal Pediatrics and presented on October 20th at an American Academy of Pediatrics (AAP) conference and exhibition in New Orleans.

“Pubertal data are an important part of monitoring the health of our nation’s children,” said Marcia Herman-Giddens, Dr.P.H. Herman-Giddens was the lead investigator for the study. She is also an adjunct professor of maternal and child health at the University of North Carolina at Chapel Hill’s Gillings School of Global Public Health. She continues, “Our findings suggest we need to reevaluate anticipatory guidance provided to boys – the famous ‘birds and bees’ talk may need to happen earlier – and examine what contributing factors might be behind this phenomenon.” 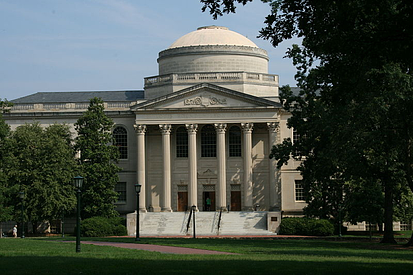 According to ABC News, compared with boys evaluated in studies conducted as far back as the 1930s, boys evaluated between 2005 and 2010 in the United States were growing pubic hair and experiencing testicular enlargement six months to two years earlier.  Science researchers also noted some differences based on race and ethnicity. African American boys tend to enter puberty earlier than white or Hispanic boys.

“It may be largely genetic, as it is well known that different races have different timing in puberty, other factors being equal. But the variation also may be influenced by environmental factors,” Herman-Giddens said. “One thing that concerns me about our overall findings is the expanding gap between the onset of physical development in boys and the maturity of the brain.”

According to Fox News, recent U.S. studies have suggested that girls are also reaching puberty at a younger age, sometimes as young as at the age of seven or eight. In the past, doctors didn’t think this trend of developing earlier applied to boys. Some science researchers believed estrogen-like chemicals in the environment were responsible for girls’ earlier maturation. These chemicals would be expected to postpone puberty in boys, but the new UNC Chapel Hill study suggests that the trend is the opposite of this expectation.

The study highlights the need for parents, doctors, public health officials, environmental researchers and school personnel to change their expectations when addressing earlier puberty. In particular, doctors may take this research into account when deciding whether to further evaluate or refer boys to specialists for apparent early or late onset of puberty.

Future studies about puberty should continue to be conducted because the age of development is relative and not static, according to Herman-Giddens. New studies should also take into account potential factors influencing the younger age of maturation, such as nutrition, environmental disruptors, stress, maternal factors and modern lifestyle.

If you are a science researcher or lab supplier interested in networking with others in your industry at the University of North Carolina at Chapel Hill, Biotechnology Calendar, Inc. invites you to attend our annual Chapel Hill BioResearch Product Faire FrontLine event at UNC, held next on May 8, 2013. Biotechnology Calendar, Inc. is a full-service science research events and marketing company that runs events at top universities across the country. If you are interested in attending a trade show closer to home, we encourage you to check out our 2013 Show Schedule.