Multi-million-dollar grants have been awarded to three research programs at the University of California San Diego. Funding covers research on the impact of aerosol on the atmosphere, development of software tools that run on supercomputers and the study of acute kidney failure and acute kidney injuries. 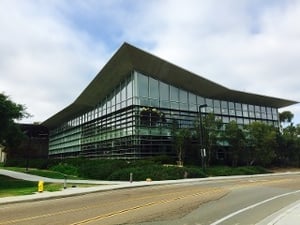 The university’s atmospheric chemistry research program received a $20 million National Science Foundation (NSF) grant to support operation of the NSF Center for Aerosol Impacts on Chemistry of the Environment (CAICE) for a second five-year period. The largest federally funded center in the history of the university is a unique laboratory facility developed five years ago to reproduce the physical, biological and chemical composition of the ocean and its atmosphere. With the additional funding, researchers now plan to launch new studies into how pollution interacts with natural ocean-produced aerosols (sea salt and microbes) to impact the atmosphere.

"Our renewed funding enables us to use an ocean-atmosphere ‘time machine’ to perform experiments, which can help us better predict how our planet will evolve if we continue on the current trajectory,” stated CAICE Director Kim Prather in a UC San Diego News Center article.

$2.8 M for Cyber-infrastructure for Phylogenetic Research:

More than $2.8 million in grants from the NSF and the National Institutes of Health (NIH) were awarded to the university’s Cyberinfrastructure for Phylogenetic RESearch (CIPRESP). Launched as a gateway in 2009, the supercomputer center gives biologists throughout the world access to tools and computing power that "...let researchers solve problems in days that would otherwise take weeks or even months,”according to the project’s principal investigator, Wayne Pfeiffer in another article for UC San Diego News Center. The gateway has supported more than 10,000 researchers who are investigating a wide range of biological questions, including how viruses and bacteria mutate through time and how animals evolve and change in response to the environment.

grant funding from the National Institute of Diabetes and Digestive and Kidney Diseases. The five-year $5.67 million grant will support the UC San Diego School of Medicine as well as the O’Brien Center for Acute Kidney Injury Research in Birmingham.

The grant will allow both universities to expand research to improve diagnosis and assist physicians with managing patients suffering from acute kidney failure and kidney injuries. The preclinical core is headed by the University of Birmingham and co-directed at the San Diego School of Medicine by Dr. Volker Vallon, professor 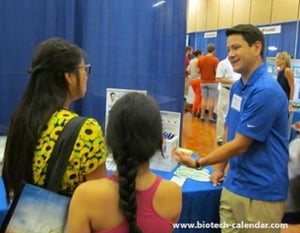 of medicine and pharmacology. San Diego is home to a biomarker laboratory that provides research methodologies and training workshops.

The 2019 Times Higher Education World University places the campus as 20th Best in the U.S. based on teaching, research, knowledge of transfer and international outlook. The university was also ranked 30th out of the top 1,000 public and private universities in the world. Earlier this year, Times proclaimed UC San Diego as the world’s top “Golden Age” university, a ranking of institutions founded between 1945 and 1966, a time frame when there was rapid university expansion and investment in research.

Lab suppliers wishing to market their products to UCSD science professionals should plan on attending the 45th semiannual Biotechnology Vendor ShowcaseTM Event. The next showcase at UCSD will be held on Thursday, Feb. 14. 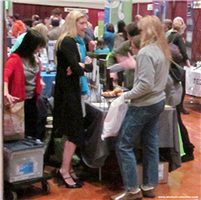