In a university press release, Washington State University Interim President Dan Bernardo said, “The effort has taught us all to recognize this is really just the beginning for where private support for WSU’s students, faculty, research and programs can change the world in very tangible, lasting ways. Thanks to this remarkable investment, we have an opportunity—a responsibility—to take this university to new heights.”

To date, The Campaign for Washington State University: Because the World Needs Big Ideas has raised $1,065,091,919 in total private support, including:

Specific programs intended to benefit from the campaign include:

WSU Regent Scott Carson said, “This is a historic time for Washington State University,” said Carson. “Meeting our campaign goal in the midst of WSU’s 125th year is a remarkable accomplishment and a direct testament to the overwhelming support from our loyal donors. So many people have invested in the success of this campaign and this great university. We cannot thank them enough.”

Carson acknowledged the efforts of WSU President Elson S. Floyd, who died from cancer on June 20. “Perhaps most influential in the success of this effort was the vision of President Floyd, whose dynamic leadership propelled this university to achieve so much in the eight short years he was at the helm,” Carson said. “Thanks to him, this campaign never lost momentum. It is among the many remarkable legacies he leaves with this university and the state it serves.”

“The impact of this campaign will be felt for generations,” said John Gardner, vice president of University Advancement and CEO of the WSU Foundation. “Raising $1 billion is a significant achievement. It has put WSU into an elite group of higher education institutions, and we’ve only just begun.”

“The size, scope and impact of this campaign is bigger than any one donor or any one gift,” said Carson. “It is about powering the big ideas that transform lives—the lives of our students, the citizens of our state, and the countless beneficiaries of WSU’s remarkable teaching, research and outreach around the globe.” 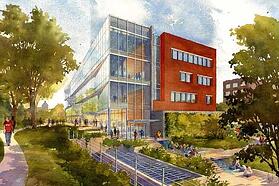 In addition to this monumental funding campaign, researchers at Washington State University are among the most highly funded and active in the state across a host of other life science disciplines.

With hundreds of ongoing research projects receiving million of dollars in grants and private funding, it’s not surprising that Washington State University is considered the premier marketplace for lab supplies and biotechnology in the State of Washington. 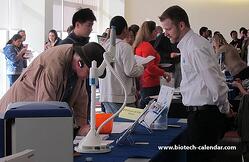 Active scientists and researchers from WSU will be looking for new biotech, lab equipment and supplies this year, and they will be looking for them at the 16th Annual BioResearch Product Faire™ Event at Washington State University on October 14, 2015.