Datar Genetics Ltd., a genetic testing company based in India, has announced that it will test patients for prostate cancer and breast cancer recurrence that have been previously been identified as carriers of cancer biomarkers via a Washington State University laboratory.

Together, Datar and WSU researchers hope to verify the accuracy of the genetic tests in order to create optimal treatment plans for cancer patients. The first step in the process, according to WSU, is the identification of specific biomarkers for cancer – a process that occurs at the lab bench. 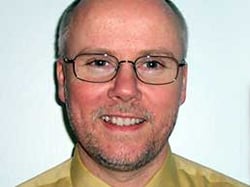 Grant Trobridge, a microbiologist in the Department of Pharmaceutical Sciences at WSU, and his colleagues at WSU, have identified 16 genes that can serve as predictive biomarkers for breast cancer recurrence, which is an important indicator of the disease’s ability to show up in a patient after treatment.

“Genes express differently in each individual, and so each person has a different genetic profile or signature,” said Trobridge. “The clinical data will be analyzed for patterns to see what treatment best fits each of the profiles.”

According to a university press release, Datar will “continue to conduct validation studies to assess the efficacy of the test, and will work alongside patients and clinicians in India to determine how to use the technology in developing individualized treatment plans”. (wsu.edu)

Researchers at Washington State University, like Grant Trobridge, are active in the fields of neurology, cancer research, infectious disease, physiology, and a host of other life science disciplines.

In addition to this important international collaboration in the fight against cancer, WSU is highly subsidized for projects in many areas of health, medicine, and various other life sciences.

With ongoing research projects receiving million of dollars in grants and private funding, it’s not surprising that Washington State University is considered a premier marketplace for the sale of lab supplies and equipment.

Hundreds of active scientists and researchers from WSU will be looking for new biotech, lab equipment and supplies this year, and they will be looking for them at the 16th Annual BioResearch Product Faire™ at Washington State University, on October 14, 2015.