Microbes, also known as germs, are found everywhere in the human body. Some are bad for health, some are good, and some still have unknown purposes. When the germs in the body cause an illness to set in, it is common to take antibiotic drugs to fight off the bad microbes making you sick. There are hundreds of types of antibiotics that cure different infections, but one thing all these antibiotics have in common is that they kill off all microbes, both good and bad. Life science researchers at Rockefeller University in New York have been working on creating 'programmable' antibiotics that will be able to target specific germs instead of attacking all of them.

Researchers at Rockefeller University, in collaboration with researchers from other universities, have been working on creating "programmable" antibiotics that will target only bad microbes. Their hope is that these new antibiotics will target microbes containing genes that resist antibiotics while leaving all other microbes alone. 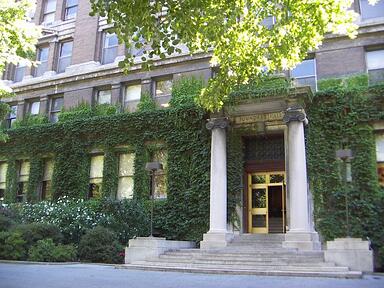 
A previous study by this Rockefeller team investigated the CRISPR-Cas system, which is a bacterial immune system. They found that it can distinguish between good and bad viruses, something that can be very useful when trying to only destroy bad viruses. CRISPR's are portions of DNA with spacers placed between repeating sequences of the DNA. The spacers can match DNA sequences found in viruses, and Cas enzymes from the system can target these spacers to remove viral genes. The ability of these CRISPR-cas systems to target specific portions of DNA to remove can be used to gentically engineer many types of cells.

For this most recent study, the research team used this knowledge of the CRISPR-cas system to create spacer sequences that matched those found in bacterial genes, then directed the bacterial enzyme Cas9 - which is part of the defense system that bacteria use to protect themselves - at the engineered bacterial genes. They found that the Cas9 enzyme only attached to the bacterial genes and left other microbes alone.

“In experiments, we succeeded in instructing a bacterial enzyme, known as Cas9, to target a particular DNA sequence and cut it up,” explained Luciano Marraffini, lead researcher and head of Rockefeller's Laboratory of Bacteriology. “This selective approach leaves the healthy microbial community intact, and our experiments suggest that by doing so you can keep resistance in check and so prevent certain types of secondary infections, eliminating two serious hazards associated with treatment by classical antibiotics.”

The research team also wanted to be able to fight antibiotic resistant genes, so they programmed Cas9 enzymes to target microbes that have been known to resist certain antibiotics. Genes are shared amongst bacteria in DNA rings called plasmids, so the Cas9 enzyme was programmed to attack these plasmids. Once they were destroyed, cells that had previously been resistant to drugs were weakened, allowing the antibiotics to do their job.

“There are enormous microbial communities in the human body,” Marraffini says. “Programmable Cas9 enzymes may make it possible to analyze these populations by eliminating their members, one by one, and studying the effects.”

This newly developed approach to attacking germs could eventually be used to reduce the risk of certain infections that are caused by antibiotics. The severe colon infection C. diff, for example, is caused by an extended use of antibiotics, but if antibiotics can be created that only target certain microbes and leave others alone, infections like C. diff can potentially be avoided. 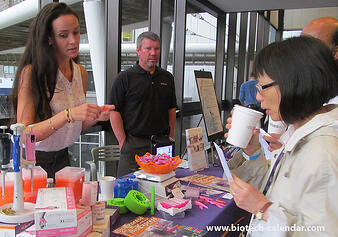 Biotechnology Calendar Inc. produces a semiannual BioResearch Product Faire™ event at Rockefeller University that gives active researchers the chance to meet with lab suppliers in a fun and professional environment where the researchers can find new products and technologies to help advance their research. For further information about events at Rockefeller, visit the links below, or look at the 2015 tradeshow calendar to see the list of the more than 60 biotech events happening in 2015.