The human body is specially designed to defend against infectious microbes, viruses and potential threats that are able to make their way to the intestines after eating even the most harmless types of foods. Dedicated immune cells work within the thin layer of tissue between the gut and the rest of the body to keep watch for potential hazards.

To learn more, life science researchers at Rockefeller University conducted a study on the development of a special class of immune cells known as intraepithelial lymphocytes (IELs) that live in this zone. Their findings could play an important role in our understanding of inflammatory diseases of the gut, such as Inflammatory Bowel Disorder and celiac disease, as well as cancer.

“IELs can originate directly from an organ known as the thymus, or they are induced from other, fully mature lymphocytes. Our research has uncovered the pathway necessary for the generation of both so-called natural and induced IELs,” said study author Daniel Mucida, assistant professor and head of the Laboratory of Mucosal Immunology. “The discovery of this pathway makes it possible to explore exactly how the IELs protect the gut, which no one has so far been able to address in a conclusive way.” 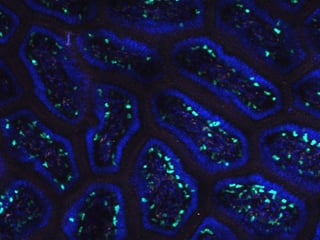 IELs are made in two different ways: “Natural” IELs are produced by the thymus and don’t need to be activated, while “induced” IELs” occur when specific mature T cells, CD4 and CD8 cells, take on new traits and transfer to the gut epithelium, turning into IELs.

The new life science research focused on at the pathway that previous research has determined leads to all natural and induced IELs. These IELs and their pathways are vital for healthy intestines, and if they don’t work properly, diseases can take hold. For example, an unusual IEL response to gluten could cause celiac disease.

“Now that we understand the IEL pathway and the genes involved, we can design studies that explore in more detail both IELs physiological, protective function and their detrimental side,” Dr. Mucida said.

For more information on vendor shows in other regions of the country, see the 2015 calendar of events. Click on the button below for a comprehensive list of funding statistics on Rockefeller University and more Rockefeller event information.