With that said, there are very few botulinum treatment related deaths. Doses for botulinum treatments are measured in the trillionths of a gram. In general the procedure has been considered quite safe. One of the reasons why is that it was thought the dosage stays where it is injected. However, researchers at the University of Wisconsin-Madison have proven that the toxin molecules do move between neuron and into cells that have not received a dose. 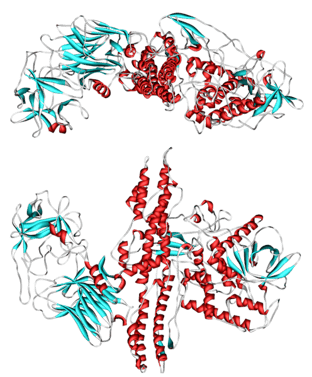 Dr. Edwin Chapman, professor of neuroscience and his colleagues looked at mouse neurons in wells connected by tiny channels that allow axons to grow. Axons are-the "tail" of a neuron used to communicate. In article for the UW News site, Chapman states that, “Every time one fraction of the toxin acts locally (on the first nerve cell it contacts) another fraction acts at a distance.”

How does botulinum toxins work?

According to Medical News Today, Botox and other botulinum drugs are made from a neurotoxin produced by the bacterium Clostridium botulinum. This neurotoxin targets the nervous system and disrupts the signaling process to the muscles. This causes a paralysis that can last for months, which is why it is useful for relaxing wrinkles as well and muscle spasms. Because the effect of the toxin is transient, usually any unwanted side effects are temporary.

What are the side effects?

There are several that go beyond the typical allergic reactions which can happen with almost any medication. They include numbness, malaise, temporary weakness and paralysis of muscles near the injection site, difficulty swallowing, and vision issues.

Concerns that botulinum’s toxic molecules might spread beyond the injections site led the FDA to add a warning to the prescription information in 2009. Chapman’s research, done in a lab dish, removed variables that caused difficulties in studies done on animals. These findings not only confirmed the mobility of the toxin, it showed how the toxin is transmitted. This will help researchers create a version of the treatment that does stay exactly where injected.

By genetically engineering the Clostriduim bacteria in order to alter the structure of the toxin it produces, Chapman says, “We may be in a position to mutate the part of the toxin that attaches to a receptor on the neuron so it can only enter the local pathway, not this new pathway we have described.”  This could revolutionize the Botox industry.  As Chapman says, “I have a hard time imagining that any physician is going to want to inject something they know can move about when they have an option to use something that stays put...It’s an exciting prospect, supplanting a $2 billion drug with a safer drug.”

More About the University of Wisconsin-Madison:

On September 9th, 2016, Biotechnology Calendar, Inc. will host its 17th annual BioResearch Product FaireTM Event at the University of Wisconsin, Madison. This event gives university researchers the opportunity to meet face to face with laboratory equipment suppliers and see demonstrations of the latest technology in their field. Last year, this event attracted 287 attendees. For more information about this event, please follow the links below or call (530) 272-6675. Science professionals attend for free. 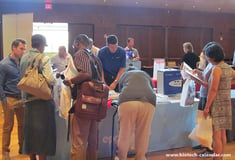