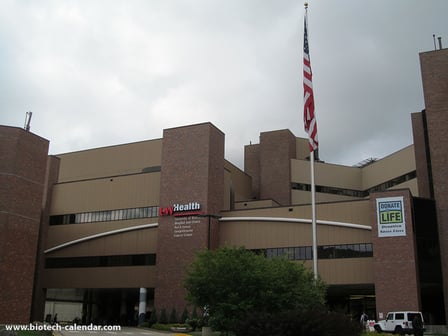 The panel of biomarkers is being used to aid in the diagnosing process of Alzheimer's.  The goal is to be able to more accurately diagnose Alzheimer's in its early stages, thus allowing it to be treated earlier.  While there is currently no known cure, there are treatments to help slow the decline of cognitive ability.  The biomarkers that have been examined and make up the panel are:

The testing was performed on a group of 175 people from the Wisconsin Alzheimer's Disease Research Center (WADRC) and the Wisconsin Registry for Alzheimer's Prevention (WRAP).  There were over 1800 people amongst these two studies to be potential candidates, and the 175 that were recruited were measured and analyzed over as many as ten years.  The sample ended up falling into four categories.  The first group showing signs of the biomarkers that began to fall into the early stages of Alzheimer's.  The second group had a mix of Alzheimer's and vascular dementia, the third had other, seemingly unrelated, problems with the brain.  And the final group, which was also the largest, was the group that didn't show signs of Alzheimer's nor any other brain impairment and were considered to be following the process of healthy aging.  The results followed the path that the first group containing people flagged by the biomarker results all continued a downward trend of cognitive ability greater than that of the other groups.  Tests of language and memory were given throughout the study to examine the decline, and provided the results to back up the biomarkers holding significance in relation to memory loss and decline.

With the common concern that Alzheimer's is hereditary, there is some hope found in the study, because as Dr. Sterling Johnson, senior author of the study said, "This study shows that just having a family history doesn’t mean you are going to get this disease."  While having parents with Alzheimer's may mean there is a possibility you can get it, there isn't as great of a chance if the biomarkers are not present.

This is just a sample of the research that is going on in the life sciences at UW, Madison.  Fueled by ample funding, the school is pushing forward as a leader in life science research.

Other Funding Statistics for UW, Madison: