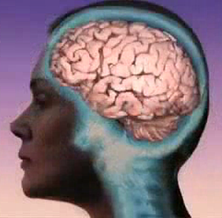 A team of researchers from Thomas Jefferson University focusing on Parkinson's Disease have recently found a way to produce the molecule GM1 ganglioside that, in past research, has shown potential in both relieving Parkinson's Disease symptoms and slowing its progression.

GM1 ganglioside is a molecule produced by nerve cells in the brain. In patients with Parkinson's Disease, however, this molecule is found in much lower amounts than in the brains of healthy individuals. Knowing that people with higher amounts of the molecule did not suffer from the disease, past researchers found that administering GM1 ganglioside to Parkinson's patients was beneficial. Creating the molecule has proven to be extremely difficult, and current methods for obtaining it involve extraction from cow brains.

Lead researchers on this project, Professor Jay Schneider, Ph.D., from the Department of Pathology, Anatomy and Cell Biology at the Sidney Kimmel Medical College explained, "GM1 ganglioside has shown great promise in Parkinson's patients. However, considering the difficulties with the manufacture of GM1 and its delivery to the brain, we wanted to see if we could coax the brain to make more of its own GM1."

"We were very excited to see that this could work in the mouse model," said Dr. Schneider. "As long-term delivery of sialidase enzymes to the brain would require implantation of a pump system, which might not be optimal, we are currently working on alternative gene therapy approaches to enhance GM1 levels in the brain." 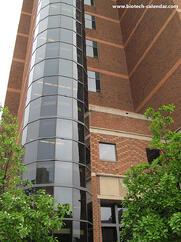 Thomas Jefferson University in Philadelphia is a leader in life science research and publications. Hundreds of life science researchers who work throughout dozens of different disciplines and centers to solve leading scientific questions receive millions of dollars in annual funding to help further their work. This funding comes from private and public donations and grants, giving the university millions of dollars for laboratories.

In the 2015 fiscal year, the university received more than $48.6 million in funding from the National Institutes of Health (NIH) alone. Research projects benefiting from this funding include:

Laboratory suppliers interested in marketing lab supplies to active researchers at Thomas Jefferson University in Philadelphia are encouraged to participate in the 7th Annual BioResearch Product Faire™ Event coming up on May 13, 2016. At this popular event, lab suppliers are able to display their tools and technologies for over 115 active life science researchers looking to discover new products and tools to use in their labs.

For more information about exhibiting at the Thomas Jefferson University event on May 13, 2016, please visit the link below:

Interested in marketing lab supplies to researchers in Pennsylvania? Learn more about participating in the BioResearch Product Faire™