The National Institute of Health (NIH) awarded the University of Georgia a $2.27 Million grant to study a powerful gene editing tool known as CRISPR-Cas. In nature, CRISPR-Cas is a defense mechanism that single-celled organisms such as bacteria use to ward off attacks from viruses and other invaders. For scientists the CISPR-Cas9 system holds a potential tool to edit precise sequences of DNA and silence the genes that predispose some people to diseases such as cancer, diabetes, cardiovascular disorders and mental illness.

When a bacterium is attacked by a virus, it captures some of the virus's DNA, chops it up into pieces and incorporates a segment of the viral DNA into its own genome. It uses that DNA to make RNAs that bind with a protein, and this complex seeks out and destroys the viral DNA. The bacterium accumulates a bank of past infections in a special part of its genetic code called CRISPRs, which stands for “clustered regularly interspaced short palindromic repeats.”

In an article for UGA Today Dr. Michael Terns, principal investigator for the project explains, "This ability to cleave DNA is what makes CRISPR-Cas such a powerful research tool, but we don't yet fully understand how many CRISPR-Cas systems capture foreign DNA sequences or how they selectively recognize and destroy foreign nucleic acids."

Scientists have only recently begun using CRISPR-Cas9 to selectively edit sequences of DNA from plants, animals and humans. 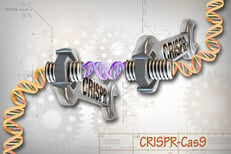 Terns goes on in the article to say that though this breakthrough has taken the scientific community by storm "there are still a lot of things that we don't know, and this project will help us expand and refine our ability to exploit CRISPR for research and biomedicine."

Terns hopes that their discoveries will lead to new methods of combating pathogenic bacteria, especially those that have become resistant to antibiotics. However, he points out that this project is focused primarily on basic science and the examination of fundamental biological processes.

"Basic science is what gave us CRISPR in the first place; nobody knew that the most powerful gene editing tool in the world would come from single-celled organisms until scientists did the basic research to discover it," he said. "I don't think CRISPR has revealed all its secrets yet, and there may be even more powerful genetic tools waiting to be found."

Dr. Terns is a Distinguished Research Professor of Biochemistry and Molecular Biology in UGA's Franklin College of Arts and Sciences. He is also a professor within the Departments of Genetics and Microbiology as well as the Integrated Life Science Program and the Biomedical and Health Sciences Institute.  Terns lab, where he works with his wife, studies RNA-driven biological pathways. Their goal of improving the understanding and treatment of human disease, and advancing biotechnology and industrial applications.

Upcoming event at The University of Georgia, Athens:

The 18th Annual BioResearch Product Faire™ at the University of Geogia will be held on March 24th, 2017. Life science professionals attend for free. Click the button below for additional information or to pre-register.

Laboratory equipment suppliers interested in meeting researchers at the University of Georgia and discussing their lab supply needs are invited to participate. Those wanting to display and demonstrate their latest lab or chemical supply products can call (530) 272-6675 or click the link below for more information. 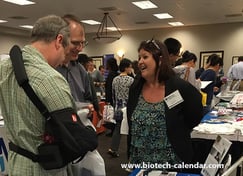