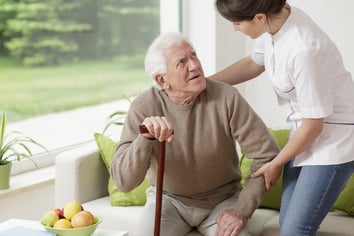 Parkinson’s disease is a neurodegenerative disorder. Symptoms include tremor, rigidity, extreme slowness of movement, and impaired balance.  Swallowing and speaking difficulties are also common, as are several non-motor symptoms that seriously affect quality of life. Understanding the pathway for nerve cell degeneration in PD could open up new avenues of treatment.

In an article for Johns Hopkins Medicine Newsroom, Dawson, who is also the director of the Institute for Cell Engineering and professor of neurology at the Johns Hopkins University School of Medicine stated, “Nailing down how cells die in this disease increases our hope that someday we will be able to treat and possibly cure Parkinson’s disease.”

In a major step in that direction, JHU researchers have identified the cascade of cell death events that lead to the physical and intellectual degeneration associated with PD. Their study focused on a specialized “programmed” pathway toward cellular death called Parthanatos. This type of cell death is different from normal growth and development or cell death due to illness or injury. With Parthanatos in PD the first step is an accumulation of misfolded proteins in brain neurons. Known as alpha synuclein, these proteins have been linked to Parkinson’s disease progression; however, until now it’s been unclear how they affected brain cells.

Experiments conducted by JHU researchers found that when lab-grown mouse brain cells where treated with clumps of alpha synuclein, the brain cells “turned on” a protein called PARP1, which leads to Parathanos. They then injected alpha synuclein into normal mice as well as ones engineered to lack the PARP gene. The normal mice showed decline after three months. However, the mice lacking PARP or that were treated with a PARP blockers showed no decline.

In the same article Tae-In Kam, Ph.D., lead author of the study stated, “Showing that blocking this key step in the Parthanatos pathway protected the cells against death is evidence that Parkinson’s disease kills cells through this mechanism.”.

To ascertain whether this mechanism plays a role in human Parkinson’s, the researchers studied samples of cerebral spinal fluid from patients with PD and compared them to samples of the fluid from people without Parkinson’s disease. They found that there was approximately twice the amount of PAR in the spinal fluid of people with Parkinson’s disease. Scientists hope to conduct clinical trials using PARP blockers, some of these drugs are already used by oncologists to treat breast and ovarian cancers.

This study was only one of five NIH funded research projects with Dawson serving as the principal investigator involving Parkinson's. All told Johns Hopkins University has received 1,316 grants from the NIH in 2018, totaling $662,667,284 .  In 2016, the university spent $1,566,392,000 on Life Science Research and Development. 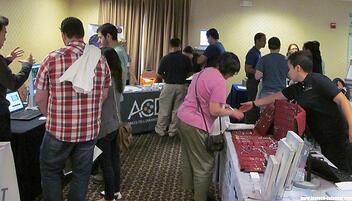 Laboratory supply companies wishing to market to the well funded researchers at Johns Hopkins University should plan on participating at the first annual bioresearch product faire hosted by Biotechnology Calendar Inc. This event, which allows researchers to meet face to face with lab suppliers to discuss their needs, will be held on Friday, March 15, 2019.

To find out about our other biotechnology vendor showcases in the coming year, click on the link below.