Each year, Duke's Department of Medicine receives more than $130 million in federal research grants to fund basic, clinical, and transnational research. For the fiscal year 2015-2016 Duke University also received over $180 in private donations from individuals and various foundations to support their lifesaving research. An example of their success is a recent study conducted by Duke University researchers that may save patients with atrial fibrillation (A-fib) from suffering from strokes. 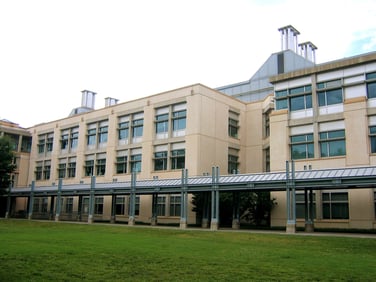 Between three to six million Americans have, A-fib, which is a type of irregular heart rhythm. This condition can lead to blood clots forming in the heart. These clots sometimes travel to the brain, causing a stroke. 90% of these clots form in a small pouch on the heart wall called the left atrial appendage.

The study, led by Duke Clinical Research Institute scientists, found that surgically sealing that pouch at the time of other cardiovascular surgeries is associated with fewer strokes from blood clots in older patients with A-fib.  In fact, this procedure was associated with a 40% reduction in thromboembolism and a 15-percent reduction in all-causes of death after one year.

Another important finding was that the lower risk of thromboembolism occurred predominantly among patients who were discharged from the hospital without blood thinners.  Anticoagulation drugs such as warfarin are often prescribed to manage blood clots, but they can have negative side effects including  bleeding and gangrene. Bleeding can occur in any organ. Bleeding in the stomach can cause black stools, or vomiting of blood. Bleeding of the brain can cause severe headache, paralysis, and even death. Fear of side effects may be one reason more than half of patients prescribed blood thinners do not take them.

This study was funded by the Food and Drug Administration as well as an award from the Innovation in Regulatory Science's Burroughs Welcome Fund that continues until August 2019. The lead author of the study, Dr. Daniel J. Friedman, is currently funded through an NIH T 32 training grant. This research funding supported a breakthrough investigation that offers a potential surgical treatment that would reduce the need for using anticoagulants.

The findings led the principal investigator, J. Matthew Brennan, M.D. to state in an article for Duke Health News, “Patients scheduled to undergo open heart surgery should talk with their surgical teams about closure of the left atrial appendage.” The interventional cardiologist in Duke’s Division of Cardiology went on to say, “Particularly among patients with atrial fibrillation, this may be one of the most effective available treatments to prevent future strokes.”

This study was based on Medicare data, which includes only older adults. It was not a randomized trial, and did not identify the method used to seal the appendage. The next step will be randomized studies to gather the information not covered in this initial study. Another major goal will be to determine whether anticoagulation can be safely withheld in patients who have had successful surgical closure of the left atrial appendage.

In 2016 Duke University received 778 grants from the NIH totaling $416,881,431. In the first quarter of 2017 over $106 million in NIH funding to support 173 different research projects. Those wishing to increase their lab product sales by marketing directly to these well funded researchers should plan on attending The 20th Annual BioResearch Product Faire™ Event at Duke University. It will be held on May 17, 2018.

To learn more about displaying and demonstrating your lab products at this event can call ll Biotechnology Calendar, Inc. at (530) 272-6675 or visit the link below: 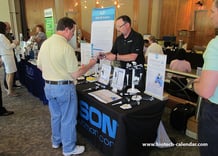 Science professionals attend for free. Researchers wishing to learn about the latest in laboratory equipment and general lab supplies can click the link below to for more information and to preregister.