Imagine losing the ability to control your physical movements or the ability to control coordination. These two symptoms, along with many more, happen to people who suffer from the genetically dominant, neurodegenerative disorder Huntington's Disease. Currently, there is no cure for Huntington's Disease and no way to stop the disease once it has begun. Even though there are a few drugs available to relieve some of the symptoms that occur with the disease, researchers are actively looking for treatment options.

Recently, researchers at Washington University School of Medicine in St. Louis developed a method to replace some brain cells that are affected by Huntington's Disease. (Image courtesy of Allan Ajifo via Wikimedia Commons).

The researchers at Washington University St. Louis found that they could reprogram cells from adult human skin to be identical to a specific type of brain cell that helps control movement. The brain cells that they replicated, called Medium Spiny Neurons, are the main cells affected by Huntington's Disease. Once the researchers reprogrammed the human skin cells, they inserted them into mice and saw that the new cells behaved very similarly to the native Medium Spiny Neuron cells already in the brain.

"Not only did these transplanted cells survive in the mouse brain, they showed functional properties similar to those of native cells,” said researcher and assistant professor of developmental biology Andrew S. Yoo, Ph.D. “These cells are known to extend projections into certain brain regions. And we found the human transplanted cells also connected to these distant targets in the mouse brain."

The process of taking one type of cell and reprogramming it to behave like a different type of cell has been done in previous research studies. The research team on this study knew that two small microRNA molecules had the ability to change the DNA of human skin cells into different types of neurons, in this case, Medium Spiny Neurons found in the brain. How these microRNA molecules actually alter the DNA is still being studied, but the researchers knew that by altering chemical signals they could force the skin cells to be exposed to transcription factor molecules near the brain cells, responsible for changing cells from one type to another. 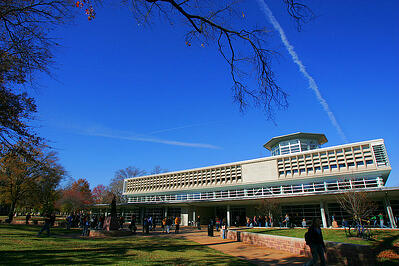 Interested in meeting with active researchers at Washington University in St. Louis? Biotechnology Calendar, Inc. produces an annual BioResearch Product Faire™ event at WUSTL that gives laboratory product suppliers the chance to meet with researchers looking for the best new supplies to help with their research.

For information about the upcoming 16th annual BRPF event at Washington University, visit the links below, or visit the 2015 trade show calendar to see the more than 60 shows Biotechnology Calendar will have in 2015.