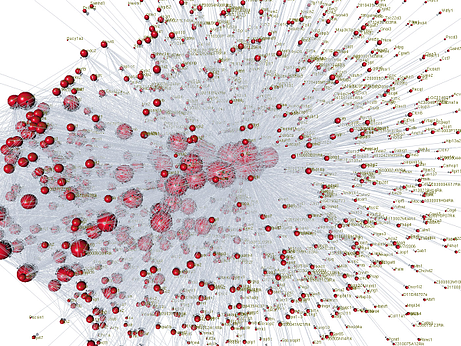 [Image courtesy of nodes3D at BrainMaps.org]

What distinguishes this brain project from other neuroscience studies going on around the world is, first of all, that it will be coordinated and have a single goal: to map all of the neurons in the human brain at once. Not only is that far more than anyone has done to date, but it is only recently that the technology has emerged that may make it possible, thanks to nanoscience advances and the vast capacity of modern computer systems. The project differs from a current NIH effort that is mapping the static human brain.

Of the major players who are emerging in connection with the Brain Activity Map, several are located in California: at UC San Diego, Berkeley Labs, and CalTech. Those scientists and their East Coast colleagues published an important article in Neuron last year, The Brain Activity Map Project and the Challenge of Functional Connectomics, which seems to be the blueprint for the federal project. The six authors, also mentioned in a New York Times article recently, include:

Dr. Church was an important member of the Human Genome Project team (and the subject of a recent blog of ours). Of the finances involved in the proposed brain project, Church is quoted in the Times as saying:

“The Human Genome Project was on the order of about $300 million a year for a decade. If you look at the total spending in neuroscience and nanoscience that might be relative to this today, we are already spending more than that. We probably won’t spend less money, but we will probably get a lot more bang for the buck.” 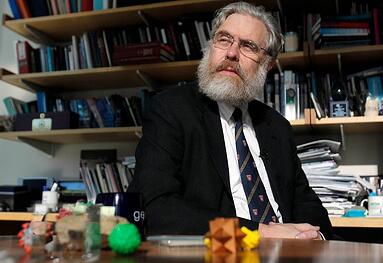 [George Church of Harvard, courtesy of the New York Times and Jessica Rinaldi/Reuters]

In addition to NIH funding, the NSF and DARPA will also be involved in the Brain Activity Map project. Besides potential disease treatments that could evolve from the project, understanding the activity of the entire brain would almost certainly advance artificial intelligence work.

Biotechnology Calendar, Inc. is a full-service event marketing and planning company producing on-campus life science research tradeshows nationwide for going on 21 years. We plan and promote each event to bring the best products and services to the best research campuses across the country. Life science researchers, purchasing agents, and lab managers are actively invited to attend to see the latest products and equipment and discuss their laboratory tool and service needs.

We are proud to host events at 4 of the 6 research institutions noted above. See our Nationwide Show Schedule for 2013 to explore all of the networking opportunities we offer, and check out these shows in particular: