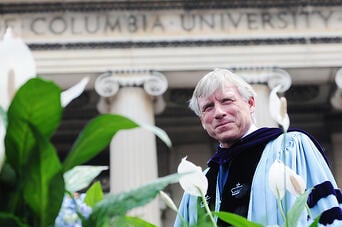 In early 2006, the largest gift in Columbia University history, $250M from Dawn M. Greene and the Jerome L. Greene Foundation, allowed the university to go forward with building plans for the future Jerome L. Greene Science Center, which will be home to the Mind Brain Behavior Initiative when it opens in 2015 on the Manhattanville campus. Now, thanks to another extraordinary endowment, this time from philanthropist and businessman Mortimer B. Zuckerman in the amount of $200M, the initiative has become formalized as the Zuckerman Mind Brain Behavior Institute. The Institute will support interdisciplinary research across the three campuses and be headquartered in the Greene Building. According to a recent press release:

The Zuckerman Institute will pursue cutting-edge research in neurobiology and deeper insights into human mental functions in both health and disease. A key goal will be facilitating translational programs focused on new therapies and potential cures for disorders such as Alzheimer’s disease, Parkinson’s disease and amyotrophic lateral sclerosis (ALS), neurodevelopmental disorders such as autism and Asperger’s, schizophrenia and mood disorders, memory loss, neurotrauma and stroke, decision making, theoretical neuroscience, sensory perception and neural stem cell biology.

The crucial importance of the Zuckerman endowment may best be seen through a comparison to another Columbia science building, the Northwest Corner Building, which was completed a few years ago but has faced organizational and funding problems that leave it, even now, under-occupied. A Columbia blog article, "Some Assembly Required," on that situation and its current plans for resolution points to a lack of centralized planning for occupany and a shortage of funding for lab equipment. Designed as an interdisciplinary science building but without coordination by and financial support for faculty, the Northwest Corner Building became available to whichever departments could come up with the money to make the move. A senior VP is quoted (in the blog) as saying, in retrospect, that it would take "funding we simply don’t have to support an institute structure."

[The Greene Building and the Zuckerman Mind Brain Behavior Institute, courtesy of the Columbia Record]

The Greene Building and the Mind Brain Behavior Initiative will have that financial and leadership support throught the Zuckerman Institute, which means that facilities, research groups, and projects will be coordinated, funded, and have well-stocked labs. Beyond that, though, neuroscience and other brain and behavior scientists at all three campuses will be in a stronger position to carry out their vital research into what makes us think and be. Mr. Zuckerman is quoted in the article announcing his gift as saying:

"I am glad for the chance to support scientific leadership in a field I believe is so essential to all our lives. With an inspiring team of neuroscientists at its core, Columbia’s Mind Brain Behavior Institute is not only researching vital questions about diseases of the brain, especially as we age, it is bringing together talented researchers across many academic fields to address the central questions we face as a society. At its root, this is an investment in accomplished scholars whose collective mission is both greater understanding of the human condition and the discovery of new cures for human suffering." 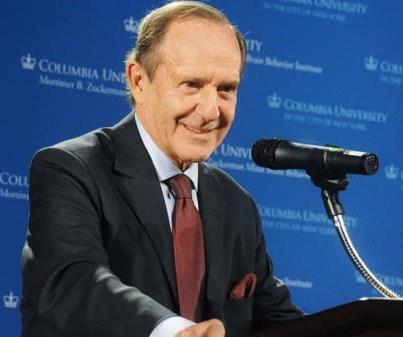 Biotechnology Calendar, Inc. is a science research marketing and event-planning company that organizes university tradeshows nationwide. If you are a science researcher or lab supplier interested in networking at Columbia University Medical Center, our 3rd Annual Columbia BioResearch Product Faire event will be held on Monday October 1, 2013 at the Armory Track and Field adjacent to campus. Our shows are catered, casually professional, and always enlightening.

In addition to our CUMC show, we hold two other events in New York in the fall:

See our full 2013 Nationwide Show Schedule for all other dates, including our two spring New York shows.