Spotlight QB3 at the University of California

If you’ve heard of the University of California’s QB3 organization, you probably already know that their goal is to offer support to researchers in the biosciences and help them commercialize their work. What you may not know is just how successful the organization has been in its six years of existence. QB3, or the California Institute for Quantitative Biosciences, hit its six year mark in March. Since its beginning, QB3 and its partners have been integral in the inception of 65 new bioscience companies in an expanding network of incubators at UCSF Mission Bay, UC Santa Cruz and UC Berkeley. Together, these companies have earned over $230 million in capital.

“UC scientists are working in some of the most innovative areas of science, which could have a real impact on patients and our environment,” said QB3 Director Regis Kelly, PhD, in an interview with the UCSF News Center.

According to the QB3 website, QB3 has grown to encompass over 220 research labs that have employed 40 members of the National Academies and two Nobel laureates. The organization has also partnered with three major industry players:  Phizer, Johnson & Johnson and GE Healthcare. It was announced on April 20 that Johnson & Johnson would fund two new projects as a part of QB3’s Bridging-the-Gap program. 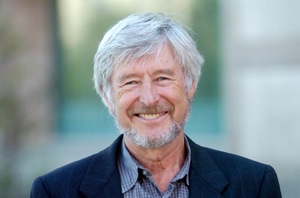 The first project aims to build a company that develops synthetic capsules that treat Type I diabetes. Directed by Shuvo Roy, an associate professor of bioengineering and therapeutic sciences at UCSF, the project bases its results on the use of membrane technology in a prototype artificial kidney created by Roy. The second project recently funded by Johnson & Johnson is a fusion of computer modeling and the synthesis of “cyclic peptides,” which can help determine how proteins interact with one another. A collaboration between Scott Lokey, associate professor of chemistry at UC Santa Cruz, and Matt Jacobson, professor of pharmaceutical chemistry at UCSF, the project has many therapeutic uses.

The Bridging-the-Gap program has funded nine projects to date. Five new companies and three licenses to existing firms have been born out of the research space and funding the program has had to offer. The five companies, all of which launched in the past two years, have raised over $9 million in private and public commercial funding.

“The vision for Mission Bay has always been as a place where scientists and entrepreneurs can take bold, new ideas to market faster and more successfully than anywhere else,” said San Francisco Mayor Edwin M. Lee in an interview with the University of California’s UC Newsroom. “QB3 is an engine for new company creation which is driving job growth and economic activity in the city,” he said. “We are proud partners with QB3 in making San Francisco the innovation capital of the world.”

The University of California’s QB3 program has been remarkably successful in allowing scientists to test their research in a lab and attempt to market them on a larger scale. With 65 bioscience companies born of the organization so far, we can continue to expect great results and innovative research from QB3 in the future. To view a list of some of the startups sponsored by QB3, visit this QB3 webpage.

If you are a science researcher or lab supplier interested in networking with QB3 researchers or startup companies, we encourage you to attend one of our University of California tradeshows at UCSF Mission Bay or UC Berkley. Biotechnology Calendar, Inc. is a full-service bioresearch event planning and marketing company. We run tradeshows at top research universities across the country. For more information on what schools we work with, check out our 2012 calendar of events.