New $182.5M Facility at the University of Minnesota Underway

"We've been competitive at a clinical level; we're not competitive at an educational level," said Aaron Friedman, the medical school's dean. "We have to better integrate our teaching and research missions into how we manage the hospitals."

"We had a hospital that threatened to bankrupt the university," said Russell Luepker, a professor of public health who used to practice cardiology at the center. Because of the sale, "that didn't happen, but it led to a very interesting marriage." 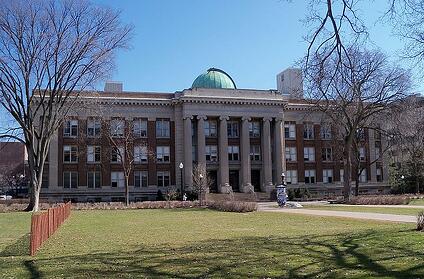 Some of the primary goals of the University of Minnesota Cancer Center are “to facilitate the research of its members, to foster multidisciplinary approaches to cancer, to provide infrastructure support for the conduct of cancer research, and to lead in the creation of new methods and strategies to reduce cancer incidence and mortality.”

Biotechnology Calendar, Inc. is a full-service science research marketing company that organizes life science events at top research universities across the country. If you are located in another region of the United States, we encourage you to view our 2014 calendar of events to find a show near you. For more research funding statistics on the University of Minnesota, or to learn more about our lab product expos at the University of Minnesota, click on the buttons below.