Q fever, an infectious disease caused by the bacteria Coxiella burnetii, is common among livestock such as cattle, sheep and goats. The bacteria can be transmitted to humans through the inhalation of barnyard dust that is contaminated with animal excretion containing the bacteria. Along with passing from livestock to humans, Q fever has been aerosolized in the past and used for biological warfare. 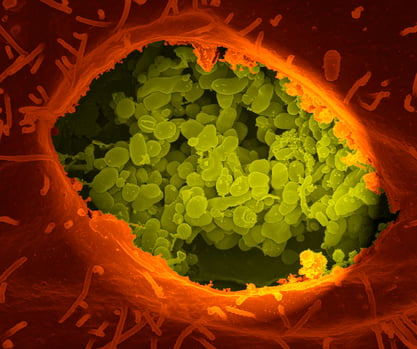 (Image Courtest of Wikimedia Commons and the National Institutes of Health)

To combat the use of this disease as a bioterrorism weapon, the U.S. Department of Defense’s Defense Threat Reduction Agency has awarded $8 million to a team of UC Irvine scientists to develop a new vaccine for Q fever.

Led by Philip Felgner and Aaron Esser-Kahn, infectious disease and chemistry researchers, the UC Irvine team will use this $8 million grant to develop a new vaccine for Q fever with less side effects than current vaccines have.

Dr. Felgner explained that: “The current vaccine for Q fever is effective but has severe side effects that limit its widespread use. It’s a high priority that this vaccine be administered to members of the armed forces. Consequently, the military is interested in developing an alternative protective vaccine that’s safer and does not cause adverse reactions.”

Infectious disease researcher Dr. Felgner has already pioneered an approach that might be an effective vaccine. The approach uses entire proteome microarrays that are created to discover immune response-activating antigen proteins. By teaming up with chemist Dr. Esser-Kahn, the two research teams will work to develop synthetic agents that will be able to control and boost the response of these proteins in the immune system.

This method is believed to have potential in creating vaccines for other diseases, not just Q fever. Once the target proteins are identified at UC Irvine, Dr. Felgner will collaborate with researchers at Fort Detrick, MD from the U.S. Army Medical Research Institute of Infectious Diseases for the next-stage of the research, which will include animal studies of potential vaccines. 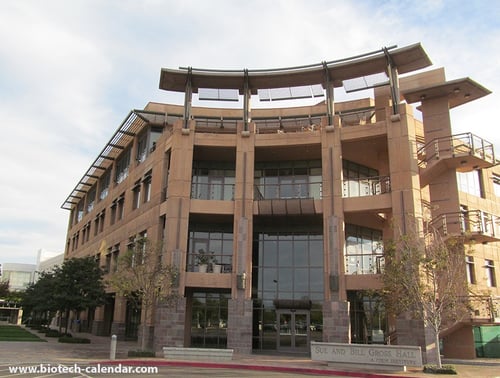 The University of California, Irvine is a leading institution in terms of the amount of funding it receives annually and the research it produces. In the 2015 fiscal year, the university received more than $107.89 million in funding from the National Institutes of Health (NIH). This funding will greatly benefit multiple research projects and new building constructions, including:

With all this funding, researchers at the University of California, Irvine have the means to purchase many new lab products that will help with their studies and clinical trials. Biotechnology Calendar, Inc.produces an annual BioResearch Product Faire™ Event in Irvine that is a great opportunity to market lab products to active life science researchers at the university. This annual event brings active researchers together with scientific supply companies, so that the researchers can find the best and newest products and technologies to further their work.

The 16th annual BioResearch Product Faire™ at UC Irvine will be held on October 18, 2016, where more than 125 life scientists are expected to attend. Last year, researchers came from 25 different research buildings and 25 on-campus departments.

Researchers in Irvine interested in discovering the best new tools and technologies to use in their laboratories are invited to attend this complimentary event. Visit the link below to learn more and pre-register for the event: