$2.5M to USF to Study Licensing of Parasites

Malaria and toxoplasmosis are caused by different, yet closely related, apicomplexa parasites.  Efforts to eliminate these diseases have met with only partial success. Now the National Institute of Health (NIH) has awarded the University of South Florida (USF) a $2.5 million, five year grant to study a new approach to fighting these diseases by stopping their ability to replicate. 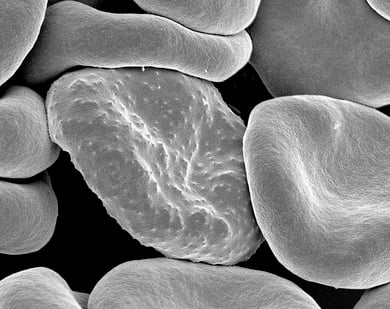 Malaria Facts According to the Center for Disease Control:

Toxoplasmosis Facts According to the Center for Disease Control:

How USF researchers hope to defeat these parasites:

The NIH grant will allow Dr. Elena Suvorova, USF researcher at their College of Public Health, and Distinguished USF Health Professor Dr. Michael White of the Department of Global Health to study the DNA licensing of apicomplexa parasites. A licensing factor is a protein or complex of proteins that allows DNA replication to begin at that site. Apicomplexan parasites control DNA replication far differently than humans do. Understanding this process may be the key to preventing diseases like malaria and toxoplasmosis. Their goal is to find new drugs for targeting the parasites that cause these diseases.

“We’re trying to understand the general mechanisms that help parasites to divide,” Suvorova said in an article for the USF College of Health News site. “We’re using the model system of Toxoplasma gondii, which is a close relative of the malaria parasite...Many things that you can easily do in Toxoplasma gondii, you can’t do or it takes much longer to do in Plasmodium spp.,” she explains. “We’re looking for something essential for the parasite’s survival. In this case, it’s DNA replication.”

Bioresearch Event at the University of South Florida

The University of South Florida currently, USF has $100.7 million in active funding from the National Institutes of Health. Research departments at the University receiving substantial amounts of this funding include:

On February 9, 2017 Biotechnology Calendar, Inc. will host the 2nd Annual BioResearch Product Faire™ Event at the University of South Florida. This event provides laboratory suppliers with the opportunity to market products to active, highly-funded Tampa area researchers in search of the best new tools to further their research.

Lab suppliers interested in learning more about this upcoming, premiere lab product event are invited to visit the following link to learn more about the February event.