Mycobacterium tuberculosis is the bacterium that causes TB, and usually attacks the lungs, but can also attack any part of the body such as the kidney, spine, and brain. 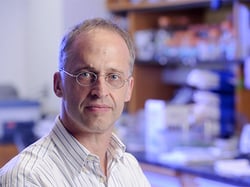 According to a university press release, Niederweis’s toxin, called is the “founding member of a novel class of previously unrecognized toxins present in more than 600 bacterial and fungal species, as determined by protein sequence similarity”.

“The battle between M. tuberculosis and the human immune system to control the fate of infected macrophages is critical in determining the outcome of the infection,” Niederweis wrote in the TNT paper. “The control of host cell death is of utmost importance for the survival, escape and dissemination of M. tuberculosis.”

Furthermore, the researchers say that the TNT gene is very similar to the DNA of over 600 other species of bacteria and fungi, and this discovery will likely have important benefits to research of these other organisms as well. This may not have been the first time TNT was “discovered”, either.

Niederweis explained that researchers uncovered a series of proteins with similar characteristics in the 1960’s, but they remained uncategorized and the researchers did not find the TNT.

Dr. Niederweis and his fellow scientists are an integral part of the research community at the University of Alabama at Birmingham, and are busy conducting studies at a variety of centers and institutes, including:

These facilities and dozens more are home to active UAB researchers who are currently in need of new lab supplies to further important projects in 2015-16. 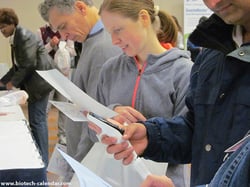 If you are interested in promoting lab products to life science researchers in the southern U.S., you have a great opportunity at the 16th Annual BioResearch Product Faire™ on November 12, 2015.

Last year, exhibitors at this popular show met with over 300 researchers, including professors, post-docs, lab managers and purchasing agents from 24 different research buildings and 32 departments at UAB.