Imagine knowing that you have a disease that could potentially lead to cancer, and having to live in a state of constant uncertainty about whether or not a tumor would develop. For people with Human Papillomavirus (HPV), the most common sexually transmitted disease in the United States, this is a reality. HPV is a serious disease that can lead to cervical cancer (along with other types). Although there is now a vaccines for the disease, there is no known cure for those already afflicted. Life science researchers at The University of Texas Health Science Center (UTHealth) in Houston have recently discovered that an extract from shiitake mushrooms could potentially lead to a cure for HPV. 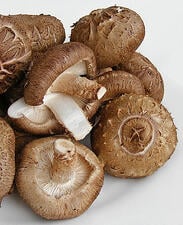 The extract, Active Hexose Correlated Compound (AHCC), comes from shiitake mushrooms and is used in drugs to help relieve side effects from chemotherapy. Judith Smith, Pharm.D., a professor and researcher at UTHealth Department of Obstetrics, Gynecology and Reproductive Sciences, has been studying AHCC for more than 10 years, and has spent the past 2 years studying how AHCC affects HPV. (Image on right courtesy of Wikimedia Commons).

For her research, Smith and her team of UTHealth researchers first ran in vitro tests to see how AHCC affected HPV. They then tested the mushroom extract on mice that were infected with the disease.

“We did mouse studies and, again, repeated the mouse studies in two models. We were able to treat with AHCC and eradicate the HPV, then stop treatment and see a durable response,” explained Smith.

After seeing the success of the AHCC in mice, the research team ran a study that treated 10 women who had HPV but did not have cancer to both determine if AHCC worked as a treatment for HPV, and find the proper dosage and how long treatment should last. The women in the study began and stopped AHCC treatments at different times, and interestingly, HPV was eradicated in the women who have already completed their treatment, and others still undergoing treatment also tested negative for HPV. 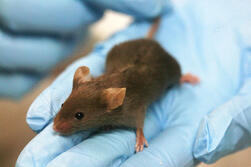 The current treatment testing involved taking 3 grams of AHCC once a day for 5 months. Further testing and research needs to be done, and the next step in the research process is to run a placebo-controlled trial that will further test the results shown in the previous study. (Image on left courtesy of Wikimedia Commons).

“We had been looking at this the whole time going, ‘If this works, the potential is huge,’” said Smith. “And now ten years later, the potential could be more than I envisioned.”

The University of Texas Health Science Center is one of the 8 academic and research institutions associated with the Texas Medical Center (TMC) in Houston. These 8 institutions, along with 21 hospitals, 13 support organizations, 6 nursing programs, 3 medical schools, 3 public health organizations, 2 universities, 2 medical schools, and 1 dental school make TMC the largest medical complex in the world.

Between all associated institutions, TMC receives over $1 billion in life science funding annually from the NIH, NSF, and other public and private sources. UTHealth alone received $81.5 million in funding from the NIH in the 2014 fiscal year. The UTHealth departments that received the largest amounts of this funding were:

*Data collected from the NIH RePorter 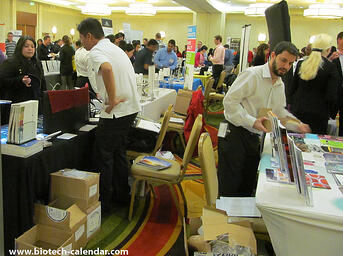 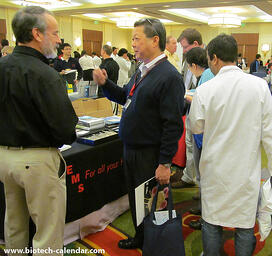 Biotechnology Calendar, Inc. holds an annual BioResearch Product Faire™ at the Texas Medical Center that gives researchers in Houston the chance to meet face-to-face with lab supply companies and new products and technologies that can help them in their labs. The 15th Annual event is coming up on January 29, 2015 and more than 450 researchers are expected to attend. This is an opportunity for lab suppliers to market products to active researchers, and also an educational opportunity for life science researchers to find new lab supplies. To learn more about either exhibiting at the event or attending as a researcher, visit the appropriate link below.