When a pandemic appears in the world, people start to worry about whether or not they will be affected by the disease. Questions arise like: What are the chances of it spreading? Are there vaccines? Pandemics like the H5N1 avian flu in 2004, the H1N1 flu virus in 2009, and most recently the Ebola epidemic in West Africa have brought about these types of questions. Most often, when an epidemic breaks out, there is not a common vaccine or cure right away. Texas A&M University is in the process of designing a new Pandemic Influenza Vaccine Manufacturing Facility expected to be operational in 2017. 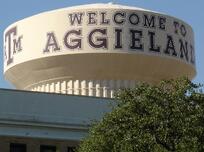 The new Pandemic Influenza Vaccine Manufacturing Facility that will be located in Bryan, Texas in connection with Texas A&M University in College Station, is a $91 million project that is greatly helping Texas emerge as a leader in the biotech and pharmaceutical industries. The 100,000 square-foot-facility is expected to be fully constructed by 2015, with the start-up and validation stages beginning in 2016 and being completed by 2017 when the facility will officially begin operating. (Image courtesy of Wikimedia Commons)

The facility will have the ability to produce 50 million doses of vaccines within four months of a pandemic occurring, helping lead to quicker and more efficient high-quality vaccines to treat pandemic diseases. The Pandemic Influenza Vaccine Facility will be located adjacent to the Viral-based Vaccine Facility. These two facilities will form the Texas A&M Center for Innovation in Advanced Development and Manufacturing, becoming the ONLY center of this type to be housed at a university, and only the third national center for innovation supported by the U.S. Department of Health and Human Service.

At the groundbreaking ceremony for the facility. Texas governor Rick Perry said that "this facility represents a huge step forward for the State of Texas, and an important milestone in the United States' battle against both contagious diseases and the specter of international bioterrorism. Our state has long been home to innovative minds willing to attempt giant leaps to great achievement, and this will serve as another instance where Texans are willing to lead the way to a safer and more prosperous future."

Within the next 25 years, the Texas A&M Center   for Innovation in Advanced Development and Manufacturing is expected to bring the state of Texas more than $41 billion in expenditures in the next 25 years and create thousands of new jobs for Texas A&M University and the state of Texas. TAMU receives millions of dollars in funding each year from different private and public foundations:

A TAMU researcher discusses new lab equipment with a lab supply vendor at the 2014 BRPF™ event.

Texas A&M University is a multi-million dollar research market where life science researchers are actively looking for new products and technologies to help further their work. Biotechnology Calendar, Inc. produces an annual BioResearch Product Faire™ event at TAMU that is a great opportunity for lab product supply companies to meet with active researchers to help them source the best new products. Interested in becoming part of this community and demonstrating your products to active researchers? Visit the link below to learn more about the 14th annual BioResearch Product Faire™ event at Texas A&M University coming up in January.