According to the National Science Foundation, The University of Michigan (UM) has ranked number one in total research spending among public universities in the United States for the past seven years. Just as impressive, the $1.48 billion spent in 2016/2017 represents a 6.4% increase over the previous finical year. Much of the university's funding came from federal grants.

Over half of the research done at UM is conducted under contract with the federal agencies. Last year, those federal research expenditures rose by 5 percent to $831.8 million. Part of this growth came from the Department of Health and Human Services (HHS), where expenditures rose by 10 percent to $544.7 million. In the 2017 calendar year, the NIH, an agency of the HHS, which serves as the federal focal point for health and medical research awarded UM over $400 million in research project grants. Funding from the National Science Foundation, the second-largest sponsor, increased by 7 percent to $92 million, and support from the Department of Defense was slightly higher than last year's record of $81 million.

"This investment in U-M research by government, industry, foundations and philanthropists is an investment in the future," said S. Jack Hu, vice president for research, in an article for Michigan News. "The research we conduct generates new knowledge that leads to everything from advances in the diagnosis and treatment of disease, to driverless vehicles, to a better understanding of the personal and social challenges of aging. Research is also central to our ability to prepare our students for the challenges they will face in whatever career they choose to pursue."

At $590 million, Michigan Medicine accounts for more than 40 percent of all UM research spending. Michigan Medicine serves as the university’s academic medical center. It includes the Medical School with its 20 clinical and nine basic science departments.

Laboratory equipment suppliers wishing to market their products to the well funded researchers of UM, Ann Arbor should plan on participating in The 18th Annual BioResearch Product Faire™ event at the University of Michigan which will be held on Thursday, August 9th, 2017. This is an excellent opportunity to meet face to face with life science researchers. Last year, this event attracted nearly 500 attendees. Of these attendees, 161 were purchasing agents, professors and post docs, and 82 were lab managers. 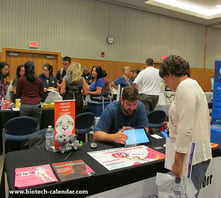 Life science professionals are invited to attend the annual on campus trade fair for free. Click the button below for additional information or to pre-register. 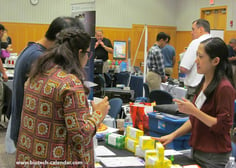