In October of 2016, The UCSF Weill Institute for Neurosciences named the first recipients of the UCSF Weill Innovation Awards as part of the institute’s goal to support high-risk, high-reward research. According to an article for the UCSF News Center, the Innovation Fund will provide support for research projects aimed at finding new treatments for neurological and psychiatric illnesses. Among the winners of the Innovation Awards were Peter Walter, PhD, professor of biochemistry and biophysics and Susanna Rosi, PhD, professor of physical therapy and rehabilitation sciences and of neurological surgery at UCSF. They will receive three years of research funding to continue their work on a new medication that may reverse memory issues caused by traumatic brain injury (TBI). 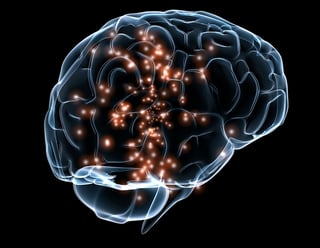 In a study published last month in the Proceedings of the National Academy of Sciences, Dr. Walter and Dr. Rosi demonstrated that mice with brain injuries performed as well on memory tests as normal mice after receiving an experimental drug known as ISRIB. Even more surprisingly, ISRIB restored their brain’s ability to learn and remember even when these mice were treated a month after the injury.

The drug was discovered by Dr. Walter in 2013. He explained in a recent UCSF News Center article, “We think that ISRIB may uncover an untapped reservoir in the brain that allows damaged memory circuits to be repaired.”

The medication seems to work on two different types of brain injuries. Localized injuries called focal contusions can affect spatial memory, which is important to both humans and mice for navigating and completing everyday tasks. Concussive injuries, on the other hand, cause diffuse trauma to the entire brain and can degrade “working memory.” This temporary storage system is critical for reasoning and decision making.  Mice with both types of injuries were tested against uninjured mice for their ability to learn and remember their way out of a maze. Typically brain-injured mice do quite poorly on such tests. However, after receiving injections of ISRIB the performance of these mice was indistinguishable from that of the uninjured mice. And the restoration of their ability to learn persisted for a week after the last injection.

Traumatic brain injuries affect two million Americans each year. Currently, there are no approved treatments available, so ISRIB would be the first of its kind. It works by blocking part of a protective cellular system known as the Integrated Stress Response. The ISR slows down translation, the process of genetic instructions encoded within DNA being converted into functional proteins, when cells are injured or stressed. By binding to one of the cellular players involved in translation, ISRIB allows stressed brain cells to override the ISR so protein translation can proceed without delays and memories can form.

This promising new treatment must still undergo several more studies before it can proceed to clinical, human trials. This work will be supported by the funding from the Innovation Award. In addition to the award, both Dr. Walter and Rosi have received substantial research funding from the National Institute of Health (NIH). This year alone, their combined NIH awards have totaled nearly a million dollar. Thus far in 2017, the University of California, San Francisco has received $449,927,043 in NIH funding.

Those wishing to market their laboratory products to the well funded researchers at UCSF should plan on participating in the 27th Annual Biotechnology Vendor Showcase™ Event at the UCSF Parnassus campus on Thursday, June 7, 2018.

Last year, the events at the University of California, San Francisco Mission Bay and Parnassus campuses attracted 594 attendees. Of these attendees, 179 were purchasing agents, professors and post docs, and 94 were lab managers. 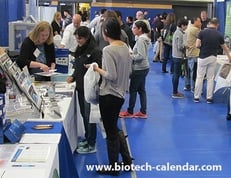 Researchers in San Francisco interested in learning about newest laboratory products should visit the link below. Science professionals are invited attend to this event for free. Save time at the door by pre-registering : 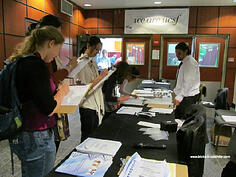