For the sixth year in a row, UC San Francisco was the top public recipient of biomedical research grants from the National Institutes of Health (NIH). Overall, UCSF researchers were awarded $577.6 million in NIH grants and contracts in 2016. This was a 3 percent increase over 2015, which is consistent with UCSF’s average annual increase over the past five years. 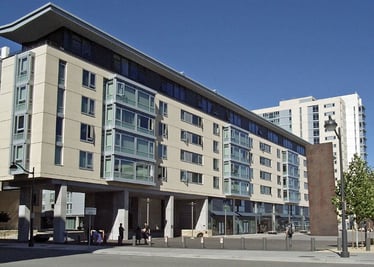 The 1,205 grants helped support the University’s $5.4 billion research enterprise. These grants included $73.1M for long term, specialized research centers on campus such as . In addition, UCSF was awarded nearly $2M in NIH contracts, so UCSF scientists could perform specific projects for the national research institutes.

Among the top grant award winners were Diane Havlir, MD and Alexander Marson, MD. The NIH awarded Havlir over $12M for HIV and malaria research. In the field of AIDs related Treatment she is addressing the issues of failure to initiate treatments and delays in starting treatment in Africa. Delays of 2-3 months result in an increased mortality rate. With the funding, she plans to implement and test a strategy for reducing failure to start treatment and reduce the wait time to initiate treatment.

Alexander Marson, MD, PhD, assistant professor of microbiology and immunology, received over $6M in AIDS research funding. His focus is on how genetics control the immune system. By exploring the genetic circuits that control specific aspects of immune cell function he hopes to understand how variations in genetics contribute to different diseases. The goal of Marson’s research is to use that understanding to point toward new therapies by finding new targets for drugs and by actually changing the genetics of immune cells. He believes it might be possible to give them new functions to treat cancer, autoimmune diseases and infections affecting the immune system, such as HIV.

UCSF School of Medicine ranked number one in NIH research funding for medical schools for the fifth consecutive year. This $518M included funding for research, graduate-student training and postdoctoral fellowships. UCSF schools of pharmacy, dentistry and nursing also ranked first in their fields for NIH grants in 2016.

In an article for UCSF’s News Center executive vice chancellor and provost, Daniel H. Lowenstein stated, “This achievement is clear proof of how much headway we are making in advancing the University’s biomedical research mission: to understand the fundamental process- ranging from the level of molecular to whole populations-underlying human health and disease.”

The 27th Annual Biotechnology Vendor Showcase™ Event at the UCSF Parnassus campus will be held on Monday, June 5, 2017. In the first 90 days of 2017 UC San Francisco has been awarded 355 grants totaling over $135M. Those wanting to improve their lab product sales in 2017 should plan on displaying their products at this bioresearch product faire.

Researchers in San Francisco interested in discovering the best and newest laboratory supplies should visit the link below to learn more about attending this event for free. Save time at the door by pre-registering : 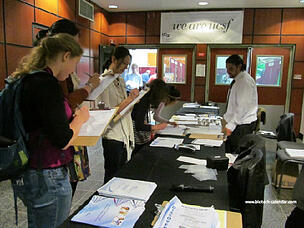