With over 41,000 cases confirmed since it was first diagnosed in the U.S. in 1999, West Nile virus is a significant health concern - especially for people with compromised immune systems such as young children and the elderly.

Recently, researchers at Oregon Health and Science University have used funding from the NIH to develop the first-ever West Nile Virus vaccine, which is about to enter its clinical trial phase. The grants totaled just over $7.2 million and were given in 2009 by the National Institute of Allergy and Infectious Diseases (NIAID), part of the National Institutes of Health. 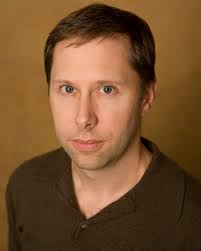 The vaccine was developed by scientists at the Oregon National Primate Research Center at OHSU, led by Mark Slifka, Ph.D., and is the first to enter human clinical trials. The trials are intended to begin at Duke University in Durham, North Carolina, with completion of enrollment expected by December 2015.

“Since first appearing in the United States in 1999, West Nile Virus has emerged as an important health threat in this country. NIAID is committed to research efforts to advance a preventive vaccine that could protect people against West Nile Virus infection,” said NIAID Director Anthony S. Fauci, M.D.

According to a university press release, the test vaccine protected mice against a lethal dose of the virus in preclinical trials. The human clinical trials will test the safety of the vaccine and its ability to produce an immune response in 50 healthy men and women, ages 18-50.

In addition to this potentially lifesaving vaccine, researchers at OHSU are constantly making important breakthroughs in life science, and are highly subsidized by the NIH and other federal, state, and private organizations for their efforts.

For example, Oregon Health and Science University received over $208 million for various projects from the National Institutes of Health in 2014.

As a leading research institution for a host of sciences, OHSU is a great marketplace for the sale of lab equipment and supplies.

For the past thirteen years, the most prominent and active researchers from OHSU have found their new biotech by visiting the Annual BioResearch Product Faire™ at OHSU.

This year, Biotechnology Calendar, Inc. is hosting the 13th BioResearch Product Faire™ at OHSU on Thursday, September 3, 2015. Lab vendors and equipment suppliers who want to promote their products to Portland, Oregon’s leading health and science researchers can consider this their best opportunity.

This annual event is open to all area life science researchers, and will attract hundreds in search of the latest biotech and lab supplies. If you are a vendor in need of lab sales in the Oregon area, don’t miss this chance to participate in the OHSU life science marketplace.

For more information about attending this popular annual event, click below:

Get regular updates about OHSU and other leading research institutions via the Science Market Update: