According to the American Cancer Society, 1 in 8 American women will develop invasive breast cancer in their lifetime, and each year over 40,000 women die from it. However, thanks to research conducted at the University of Illinois Urbana-Champaign, the number of deaths due to breast cancer may soon be significantly reduced. 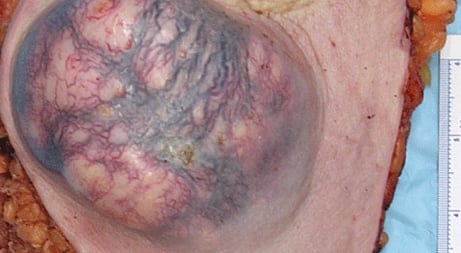 Seventy percent of breast cancer cases are the estrogen receptor-positive form. In these cases, the nuclei in the patient’s breast cells overproduce a protein that binds with and grows in response to estrogen. Tamoxifen, a hormone therapy, has been the frontline treatment for this type of cancer for decades. It works by blocking this binding process, thus constraining the growth and spread of the cancer cells. Unfortunately, one-third of patients with estrogen-responsive breast cancer fail to respond or stop responding to tamoxifen. This is known as endocrine resistance.

A new UIUC study led by Dr. Zeynep Madak-Erdogan may have uncovered a reason for the response failure. The study, published in the journal Molecular Endocrinology, found that patients with higher levels of several nuclear transport genes - particularly the protein XPO1 – are more likely to be resistant to tamoxifen, resulting in the development of incurable metastatic cancer. They identified a “signature” of 13 nuclear transport genes, including XPO1, that serve as a biomarker to help predict which patients are likely to be endocrine resistant. This will allow doctors to choose alternative treatments which might have better outcomes for those patients. Up until now, there’s been no way to determine which patients will respond to tamoxifen and which ones won’t.

This study built upon previous cancer research at UIUC that Dr. Madak-Erdogan co-authored. That study identified the hormone ERa as the agent that activates and regulates a protein that relays signals from outside cells to the nuclei. This triggers increased cell proliferation, or metastasis. Based on those findings, Madak-Erdogan and her colleagues decided to investigate whether nuclear transport genes are involved in exporting that protein from the cells’ nuclei, thus promoting invasive, aggressive tumors. They did this through meta-analyses of genetic data on breast tumors; monitoring gene expression in laboratory cultures; and conducting experiments on mice with estrogen receptor-positive breast tumor cells.

In an article for the UIUC News Bureau, Madak-Erdogan said of the result, “…we found that if a patient had higher expression of XPO1, their survival time was less, they had metastases earlier on and endocrine-resistant tumor cells proliferated more rapidly when treated with tamoxifen.”

However, when researchers tried using a combination treatment they found that it restored endocrine sensitivity. They treated tamoxifen-resistant breast cancer cells in mice with both tamoxifen and an XPO1 inhibitor, Selinexor. By doing so, they were able to enhance tamoxifen sensitivity. This served to effectively block the tumor’s progression. Just as importantly, even weeks after the treatment was completed, they found no sign of tumor recurrence.

By unlocking the genetic code that determines why certain patients fail to respond to standard treatment, researchers are a step closer to making treatment for these patients more effective. It is hoped that using this new cancer treatment will delay the development of endocrine resistance, allowing for the death of the tumor while using a reduced dose of tamoxifen. Selinexor is already in clinical trials for leukemia and prostate cancer treatment and is well tolerated.

In April of 2017 Biotechnology Calendar, Inc. will be hosting the 15th Annual BioResearch Product Faire at the University of Illinois Urbana-Champaign. If you are a laboratory equipment supplier, this is an excellent opportunity to meet with life science researchers and educate them about your lab products.

Local area life science researchers are invited to attend this trade fair to find new laboratory research tools and equipment. Using the most efficient equipment helps save time in the research processs. 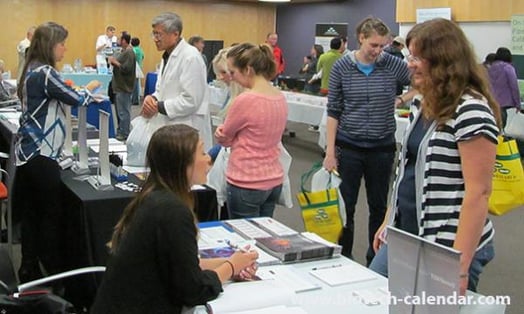