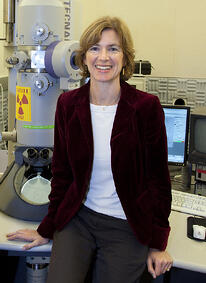 Last year, Doudna and her colleagues showed that this “molecular scissors” approach, known as CRISPR/Cas9, can be used with great precision to selectively disable or add several genes at once in human cells, offering a potent new tool to understand and treat complex genetic diseases. The technology combines RNA molecules with an enzyme known as Cas9 to target specific DNA sequences. The enzyme cuts the DNA in a precise location, so that researchers can either knock out the gene’s activity or patch in a healthy gene. Since every gene’s DNA has an RNA counterpart, virtually any gene can be targeted by using a specific RNA sequence. And since only one type of enzyme is needed, many genes can be edited at the same time. Last year, one researcher successfully modified five genes in experiments with mouse embryonic stem cells. If advanced to human cells, this could greatly boost the promise of therapy for diseases involving multiple genes.

“Here we have a single protein that can be reprogrammed to work with any RNA sequence to edit selected genes,” Doudna explains. “I think that’s why we’re seeing such an explosion. It’s so accessible, inexpensive and it works very efficiently.”

UC Berkeley ranks first among U.S. universities in the number of highly ranked graduate programs. And with over $730 million in research funding for the fiscal year of 2013/14, the University of California Berkeley continues to make incredible leaps in life science research.

Breakthroughs in science are what we at Biotechnology Calendar, Inc. get excited about because we know that we helped play a role in the advancement of that research. We provide trade shows that allow researchers like Dr. Doudna to have access to the latest technology in lab equipment for these life science discoveries. For over 22 years we have been helping bring new products and services to top research universities around the country. In fact, we have a show coming up in June of 2015 at Berkeley and many other top funded research universities in California. If you are looking to present your lab products to top researchers at UC Berkeley please follow the buttons provided. Or, if you are a researcher and would like to preregister for an upcoming event, click below! This link will provide info about our shows around the nation in 2015.