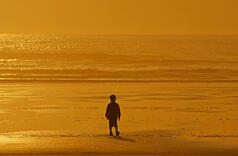 As part of an ongoing effort to understand and treat autism, the Steele Children's Research Center at the University of Arizona College of Medicine, Tucson has received a four-year, $2 million grant from the U.S. Centers for Disease Control and Prevention to continue its Arizona Developmental Disabilities Surveillance Program.

Autism spectrum disorder (ASD) and autism are both general terms for a group of complex disorders of brain development. This lifelong developmental disability is typically characterized by repetitive or restricted behaviors or interests and marked impairment in social communication and interaction.

Autism disorders begin in early childhood and last throughout a person's life. They are characterized, in varying degrees, by difficulties in social interaction, verbal and nonverbal communication and repetitive behaviors. Autism statistics from the U.S. Centers for Disease Control and Prevention (CDC) identify around 1 in 68 American children as on the autism spectrum–a ten-fold increase in prevalence in 40 years.

According to a UA press release, the surveillance program, which has conducted autism spectrum disorders surveillance in Arizona since 2000 as part of the Autism and Developmental Disability Monitoring Network, is part of a multisite effort to track such disorders and also intellectual disabilities among U.S. schoolchildren.

The UA pediatrics team reviews thousands of special education and clinic records each study year to report on the number of 4- and 8-year-old children with autism spectrum disorders and/or intellectual disabilities and on the demographic and behavioral characteristics of the affected children. In study year 2010, the surveillance program reported that approximately one in 64 8-year-olds living in Maricopa County had autism spectrum disorders, an increase from one in 154 children in 2000.

"We will continue this intensive effort to monitor the prevalence of ASD and ID among 4- and 8-year-old children," Kurzius-Spencer said. "Our goals are to improve understanding of these disorders and to carry out education and outreach activities, working in tandem with our community partners."

The University of Arizona is one of 10 Autism and Developmental Disability Monitoring sites across the country to receive funding in the current grant cycle. The data are collected systematically at these sites and are used by the CDC and others to compare autism spectrum disorders occurrence in different regions, to identify changes in prevalence over time and to improve the understanding of the impact of autism spectrum disorders on the community.

"Our next study year will be the definitive work on how the change from the DSM-IV to the DSM-5 criteria affects the prevalence of ASD and will allow us to continue to examine disparities in early screening and identification of ASD," Pettygrove said.

In addition to research in the field of pediatric health, the UA College of Medicine, Tucson is conducting well-funded and ongoing research in several other areas, including Alzheimer’s disease, insomnia, infectious diseases and many more.

With nearly $300 million in annual research and development expenditures, the UA College of Medicine provides the state a $2 billion boost every year, and employs nearly 15,000 life science professionals. Some more key funding statistics from UA include:

As the state of Arizona’s leading research institution, the UA College of Medicine is a premier marketplace for laboratory equipment and consumables suppliers. Active researchers in this market are constantly making use of millions of dollars in funding in order to further their important research, and they rely on the latest and best lab supplies. 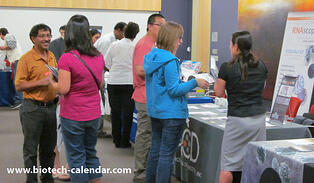 Laboratory equipment vendors interested in marketing their products directly to scientists and educators at Arizona’s leading research institution can participate in the 13th Annual BioResearch Product Faire™ Front Line Event at The University of Arizona, Tucson on November 19, 2015.

Click below for more information about attending as a researcher or becoming an exhibitor at this industry-leading event: