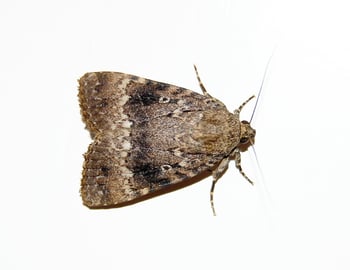 A researcher at University of California, Riverside is studying insects to improve the behavior of scent-seeking drones.

In particular, entomologist Ring Cardé from UCR and Josep Bau from Central University of Catalonia, Spain are studying the way that male gypsy moths follow the pheromone trails of female moths. Supported by the Office of Naval Research their results could be applied to programming that helps robotic vehicles seek out preprogrammed odors, such as pollutants, drugs or chemical weapons.

According to a university press release, male gypsy moths follow a female’s pheromone plume to locate her, which is accomplished by finding the outer envelope of the pheromone plume, and then heading upwind.

Using observed behavior of the gypsy moth in forests and in experiments in wind tunnels, paired with computer simulations, the entomologists observed behavior that they believe could help robotic vehicles locate smells more quickly and efficiently, and notably without accounting for wind direction.

The researchers then programmed their observations into simulated batches of 100 virtual moths “that search simultaneously and independently for an odor plume in a boundless area that replicates natural wind conditions.  The model creates a meandering wind direction and the wispy structure of natural odor plumes.” (Source: UCR.edu) 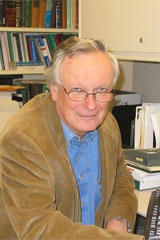 “Our simulations shows that random walks – heading randomly with respect to wind and changing direction periodically – create the most efficient paths for the initial discovery of the plume and consequently the likelihood of the moth locating its source,” said Cardé.

“This process is well understood in flying insects such as moths, flies and mosquitoes,” he said.  “But first the plume must be found and the best rules for an efficient searching strategy – find it quickly with a minimal energy expenditure – had not been established.”

As a result of this research, users of robotic vehicles could be a nose-ahead of traditional canine searchers when it comes to finding certain odors, or in cases where circumstances are deemed to dangerous.

By mimicking the behavior of the gypsy moth and other winged insects, both real and simulated, Cardé and Bau have made a significant contribution to science with their latest research.

In addition to this project, researchers at University of California, Riverside are highly funded in various fields of the life sciences, medicine, physics, agriculture, and engineering.

University of California, Riverside is an active research market for dozens of life science fields that makes use of millions of dollars in annual funding for new biotech and lab supplies. 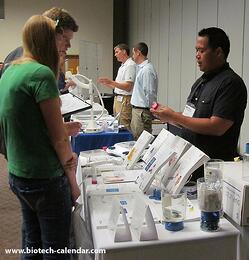 This is the best opportunity of the year to network with researchers and lab vendors at the University of California, Riverside and discuss the latest in biotechnology and lab supplies. Mark your calendars for this exclusive life science tradeshow event on Wednesday, August 19, 2015.