Make no bones about it; scientists at University of California, Davis are finally fleshing out the intricacies of skeletal stem cells. According to a university press release, UC Davis surgeons have launched a “proof-of-concept” clinical trial to test the safety and efficacy of a device that can rapidly concentrate and extract young cells from fluid used during orthopaedic surgery. The new approach may prove essential to delivering stem cell therapy to stubborn, non-healing bone fractures.

“People come to me after suffering for six months or more with a non-healing bone fracture, often after multiple surgeries, infections and hospitalizations,” said Mark Lee, associate professor of orthopaedic surgery, who is principal investigator on the clinical trial. “Stem cell therapy for these patients can be miraculous, and it is exciting to explore an important new way to improve on its delivery.”

According to the American Academy of Orthopaedic Surgeons, nearly 6 million people suffer fractures each year in North America, with 5 to 10 percent of those cases involving patients who either have delayed healing or fractures that do not heal. The problem is especially troubling for the elderly because a non-healing fracture significantly reduces a person’s function, mobility and quality of life.

For several years stem cells have been used to encourage new bone growth by filling gaps and allowing healing and restoration of function. The cells ideally come from a patient’s own bone marrow, eliminating the need to use embryonic stem cells or find a matched donor. Currently, harnessing the power of one’s own stem cells requires a painful surgical procedure in which a large needle is driven into the iliac crest of the pelvis. In addition, the cells destined to become healing blood vessels must be specially isolated from the bone marrow before they are ready to be transplanted back into the patient, a process that takes so long it requires a second surgery.

According to the UC Davis press release, the device Lee and his colleagues are now testing processes the “wastewater” fluid obtained during an orthopaedic procedure. In the process, bone marrow cells and tiny bone fragments are aspirated and collected in a filter to transplant back into the patient. Normally, the wastewater is discarded, but researchers found that the discarded effluent contained abundant stem cells. These cells have the potential to make new blood vessels, and represent a major contribution to signaling cells for wound healing and regeneration. The problem, however, was that the RIA system wastewater was too diluted to be useful.

Now, working with a device developed by SynGen Inc., the UC Davis orthopaedic team can take the wastewater and spin it down to isolate the valuable stem cell components. About the size of a household coffee maker, the device will be used in the operating room to rapidly produce a concentration of stem cells that can be delivered to a patient’s non-union fracture during a single surgery. 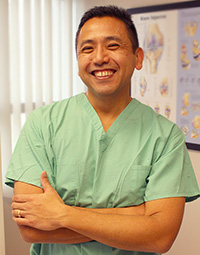 “The device’s small size and rapid capabilities allow autologous stem cell transplantation to take place during a single operation in the operating room rather than requiring two procedures separated over a period of weeks,” said Lee. “This is a dramatic difference that promises to make a real impact on wound healing and patient recovery.”

The University of California, Davis is a rapidly expanding research facility that has long been an industry leader in research funding, making it an extremely well funded market for lab equipment and supplies.

Laboratory equipment and consumables vendors interested in networking with and marketing products directly to the eminent scientists, researchers and educators at UC Davis can participate in the 15th Semiannual BioResearch Product Faire™ Event at the University of California, Davis Medical Center on February 25, 2015. Some key funding statistics include: 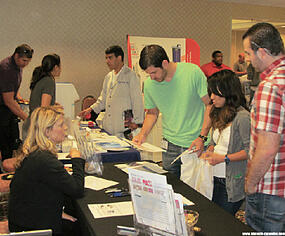 the winter event, and 126 in the summer- including 84 purchasing agents, professors and post docs, and 26 lab managers. These attendees came from 16 different research buildings and 25 on-campus departments. To gain access to this lucrative life science market, become an exhibitor: