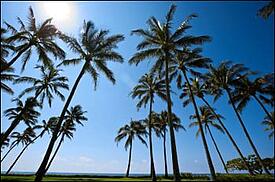 Southern California bioresearchers are getting more than just a dose of sunshine thanks to a boost in funding from the National Institute of Health. University of California, Los Angeles bioresearch is receiving $7.1 funding from the NIH for research in genetics. Researchers at UCLA, have been awarded $7.1 million as part of $28 million in NIH grants intended for the study of gene regulation. These awards emanate from the recently launched Genomics of Gene Regulation (GGR) program of the National Human Genome Research Institute (NHGRI), one of the 27 institutes and centers at the National Institutes of Health.

"There is a growing realization that the ways genes are regulated to work together can be important for understanding disease," said Mike Pazin, Ph.D., a program director in the Functional Analysis Program in NHGRI's Division of Genome Sciences. "The GGR program aims to develop new ways for understanding how the genes and switches in the genome fit together as networks. Such knowledge is important for defining the role of genomic differences in human health and disease."

California university will use grants to study genetics 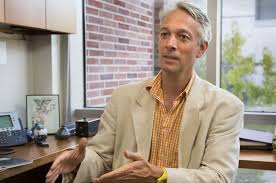 The team at UCLA, headed by Dr. Alexander Hoffmann and Dr. Douglas Black, will study the immune system’s response to pathogens, including how a type of white blood cell called a macrophage reacts to a bacterial pathogen, which can result in the activation of more than 1,000 genes. This model system will allow the scientists to examine various steps in the gene expression pathway to try to better understand some of the control mechanisms involved.

According to an NIH press release, “these NIH grants will enable researchers to study gene networks and pathways in different systems in the body, such as skin, immune cells and lung. The resulting insights into the mechanisms controlling gene expression may ultimately lead to new avenues for developing treatments for diseases affected by faulty gene regulation, such as cancer, diabetes and Parkinson's disease.”

California universities as a bioresearch marketplace

University of California, Los Angeles continues to be a frontrunner in bioresearch and research funding. UCLA researchers logged research expenditures of $1.003 billion, according to the NSF, and recently received $21 million in funding from the California Stem Cell Agency. UCLA also received 1778 awards and $397,282,282 award dollars YTD for FY 2014-2015.

For more information on research funding, grants, and awards at Los Angeles, have a look at our free UCLA Funding Report, available via the button below: 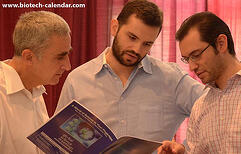 Taken together, these grants are likely to significantly advance the sphere of influence when it comes to California researchers. Laboratory product vendors interested in marketing their products to some of the most prestigious and well-funded researchers in California should plan on attending one of the upcoming bioresearch tradeshows in the Southern California area. Last year, the Biotechnology Vendor Showcase™ Events at the University of California, Los Angeles attracted a total of 1105 attendees, 287 of which were purchasing agents, professors and post docs, and 141 were lab managers from 39 different research buildings and 66 on-campus departments.

Biotechnology Calendar Inc. is a highly respected full service event marketing and planning company that has been producing life science tradeshows at research universities for more than 20 years.