Why was the mushroom invited to the party? Because he was a fungi (fun guy)!

Mushrooms come in all shapes, sizes, and colors. Some grow on trees, some grow on the ground. Some are edible, some are poisonous. Some people love to eat them, some people think they are disgusting. Some species are well known, some have yet to be identified.

For the first time in 30 years, researchers at the University of California, Berkeley have discovered a new species of mushroom on campus. This is the 12th mushroom species that has been discovered on the UC Berkeley campus, and the first newly discovered species since 1985.

The University of California, Berkeley is situated on a 1,282-acre campus in the middle of a busy city. For such an urban setting, there is quite a bit of wooded area located on the campus that allows biologists to study the wide assortment of plants found throughout the campus.

While out and about on campus, researchers stumbled upon a new species of mushroom, Helvella dryophila, also known as California elfin saddle mushroom, which is related to the European elfin saddle mushrooms. This new discovery not only illustrates the need to maintain healthy vegetation on campus, but also illustrates the need to create a full catalog of North American mushrooms, to help researchers identify and study mushroom species they encounter, both known and not yet identified.

Tom Burns, a professor in UC Berkeley's Department of Plant and Microbial Biology is an expert in fungal biology and has been trying to get funding to start a definitive catalog of North American mushrooms for years.

Plant biologists and researchers aren't the only people interested in learning about mushrooms. There are annual mushroom festivals held around the U.S. for mushroom enthusiasts to learn more about different species and to show off their mushroom cooking skills.

The Bay Area Mycological Society meets at UC Berkeley to learn about mushrooms through activities like hiking through the woods to find mushrooms. Nevada County, where Biotechnology Calendar, Inc. is located, also holds an annual mushroom festival where people go out to find and identify wild mushrooms, and people cook and share their favorite mushroom dishes. 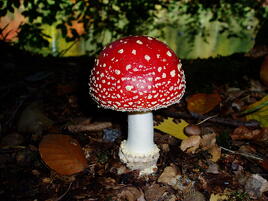 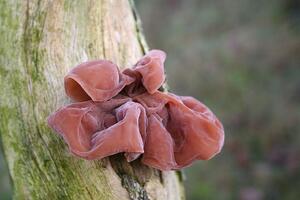 UC Berkeley is an active research market that receives millions of dollars in funding each year for life science research:

Are you a science supply company interested in marketing your lab supplies to researchers in this highly funded and active life science research market at the University of California, Berkeley? If so, exhibit at the 18th annual BioResearch Product Faire™ Event at UC Berkeley on June 3, 2015. This vendor show gives you the chance to show your supplies to over 100 active researchers looking for new tools and technologies to help with their work. To learn more about funding and exhibiting at UC Berkeley, visit the links below: