After receiving $2 million in philanthropic gifts in honor of Thomas Hartman, the Thomas Hartman Center for Parkinson’s Research in the Stony Brook University Department of Neurobiology and Behavior was dedicated in a ceremony on June 13th, 2013. Thomas Hartman was a much loved priest, television and radio personality, and believer in many causes who was diagnosed with Parkinson’s disease in 2004.

“In this first round of funding, the Hartman Center will support two investigators who were previously studying Parkinson’s disease, and welcomes 10 established investigators who are new to the field of Parkinson’s disease research,” said President Stanley. “Their research covers new ground both in basic science and in clinical applications to increase the quality of life for those afflicted with the disease.” 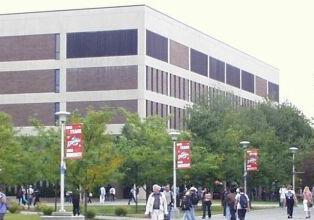 In 2012, Stony Brook University also received $22.1 million from the NSF. The research funding was spread out over a number of life science disciplines, including topics such as biomolecular interactions, molecular biophysics, the folding processes of helical proteins, demographic heterogeneity of an emergent invasive species in New York, phenomics, molecular mechanisms of lignin precursor transportation, cellular and molecular pathways for host-pathogen interactions, rates of evolution in hyperdiverse mammalian radiation and evolutionary potential in response to climate change.