Researchers at U of M Design Nicotine Vaccine

Yesterday the police were on high alert, cracking down harder than ever on the sale, possession and use of illegal fireworks. But every day, several Americans light up something far more lethal. Cigarette smoking is the leading cause of preventable death in the United States, and remains so dangerous largely due the addictive properties of nicotine. In an effort to curb that dependency, researchers from the University of Minnesota are developing a vaccine that will grant immunity to nicotine. 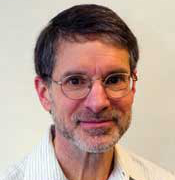 One glaring problem with current techniques in quitting smoking is that any re-exposure to nicotine can completely restore dependency, regardless of how long one abstains. The new idea is to stop nicotine from having any effect even when it does get into the bloodstream. To achieve this, the Minnesota researchers, led by Assistant Professor of Medicine Mark LeSage (left) and Professor of Medicine and Pharmacology Paul Pentel (right) are designing antibodies that can bind directly with nicotine cells.

This way, the nicotine can be “defused” and won’t reach the brain, where it normally creates its dependencies. According to Pentel’s page on the topic, “Because the antibodies bind only nicotine, vaccination is devoid of side effects." In addition,“Vaccination attenuates many of the effects of both acute and chronic nicotine, including behaviors relevant to nicotine dependence.”

As it turns out, creating antibodies with the capability to bond with nicotine in this way is only the beginning. Where things get tricky is in the process of designing a vaccine that calls in the proper antibodies and transforms them into nicotine bonders. The lab is working toward this with the use of programmable DNA nanostructures, each with these special components: 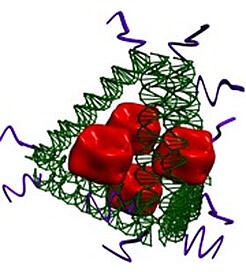 (A rendering of the structure, courtesy of nanowerk.com. The haptens are shown in blue, adjuvant in green, and epitopes in red.)

The idea of vaccinating oneself against nicotine is a very exciting one. Pentel is interested in taking this research one step farther, to the realm of opiates. In addition, he believes there may be other components of tobacco and other drugs that operate in ways similar to nicotine that this sort of research can help fight.

Biotechnology Calendar, Inc. will be returning to the University of Minnesota this year for both the Minneapolis BioResearch Product Faire™ on September 26th, 2013 and the St. Paul BioResearch Product Faire™ on September 27th, 2013. Biotechnology Calendar is a full service event company that has produced on-campus, life science research trade shows nationwide for the past 20 years. We plan and promote each event to bring the best products and services to the finest research campuses across the country. If you are a university researcher or a laboratory product vendor, consider attending one of our on-campus trade shows: here is our 2013 schedule.