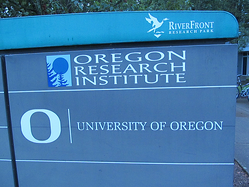 A group of University of Oregon researchers have recently developed an explaination of how neural stem cells create new neurons in humans by studying fruit flies. Their paper, "Combinatorial Temporal Patterning in Progenitors Expands Neural Diversity" is making headlines in Eugene, Oregon. Chris Doe, a biology professor at UO and the co-author of the paper presents the study's driving question in a recent UONews article: "How does a single kind of stem cell, like a neural stem cell, make all different kinds of neurons?"

We know already that stem cells are capable of producing new cells but this new study shows that a specialized group of stem cells are capable of creating progenitors that then create numerous subtypes of cells. Doe continues to explain: "Instead of just making 100 copies of the same neuron to expand the pool, these progenitors make a whole bunch of different neurons in a particular way, a sequence. Not only are you bulking up the numbers but you're creating more neural diversity."

The NIH, the National Institute of Child Health and Human Development and the Howard Hughes Medical Institute funded the paper.

This neural research served as a followup to one of Doe's previous papers that was released in 2008. This paper identified the creation of progenitors and the special set of stem cells that generated them as well as the creation of dozens of separate cells. In the study, Doe and Omer Bayraktar, a doctoral student in developmental neurobiology and the lead author of the paper, studied the stem cells known as type II neuroblasts. They showed that neuroblasts are actually responsible for a more complex patterning of cells and can actually create 300 to 400 neurons, tremendously exceeding the previous estimation of around 100 neurons. 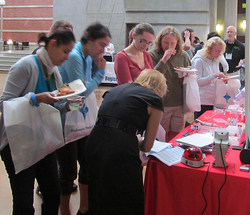 Doe concludes to say "The mechanism described in the paper has its limits. Eventually theprocess of generating new cells stops. One of the next questions to answer will be what makes the mechanism turn off." Kimberly Andrews Espy, the vice president for research and innovation and dean of the UO graduate school follows up by speculating that there is no doubt that this research will spark new discoveries in human discoveries. She says: "Researchers at the University of Oregon continue to further our understanding of the processes that undergrid development to improve the health and well-being of people throughout the world."

It is quite interesting that a group of researchers can find so much information on such a tiny particle in a fly which will consequently determine the functions in a human body. More research is just waiting to happen on campus and our shows are a great opportunity for you to provide those researchers with the best tools to make these breakthrough discoveries possible. Come and exhibit at one or all of our three upcoming Oregon shows: