U of Oregon Receives Research Grant for Global Health Development

Lab suppliers marketing university lab equipment and life science solutions in the northwest United States may be interested in the latest funding news at the University of Oregon, where professor of biology Janis Weeks has received a research grant from Grand Challenges Explorations, an initiative funded by the Bill & Melinda Gates Foundation.

Weeks’s project involves using neurophysiology-based technology to promote the discovery of drugs that help treat intestinal worm infections, especially STH infections. Worms that live in human intestines cause recurring bad health and can hinder physical, mental and financial development. According to the University of Oregon’s website, Weeks says the technology she and her team have been developing uses microfluidic devices and electrophysiology, and she believes it has the power to help those harmfully affected by intestinal worm infections.

The Bill & Melinda Gates foundation’s website says that the Grand Challenges Explorations initiative has given over $21 million in research grants to groundbreaking projects that take on important global health and development problems. One of the other researchers who has received a research grant is Columbia University’s Filippo Mancia, who is studying the molecular details of how mosquitoes use their sense of smell to detect humans and transmit malaria. The project aims to design more effective insect repellants. Launched in 2008, the $100 million initiative has given research grants to more than 800 projects in at least 50 countries. 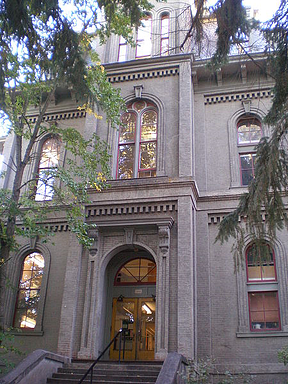 Science researchers in search of research funding may be interested to know that research grants are available to anyone from any discipline and from any organization. Initial grants of $100,000 are awarded twice a year, and projects that do well may receive a $1 million follow-up grant. Grand Challenges Explorations selects winners based on a two-page application detailing a significant project in one of four global health and development topic areas. For detailed grant opportunities, science researchers may read the Grand Challenges News.

If you’re a vendor interested in getting the word out on your university lab equipment and life science solutions at a university closer to home, we encourage you to review our 2013 calendar of events.

If you'd like current stats on funding, and new building on  the Univeristy of Oregon campus, please click the button below.