The board of directors at the Georgia Peanut Commission (GPC) held a board meeting in March at which they approved $292,500 in research funding for the 2013-2014 research budget year. According to Southeast Farm Press, the projects approved have been submitted primarily from the University of Georgia and the USDA Agricultural Research Service. Peanut growers in Georgia spend $2 per ton of peanuts annually towards GPC research, promotion and education. Research makes up 22 percent of the commission’s available funding.

Some of the titles of projects awarded funding in 2013-2014 include “Characterization and Genetic Mapping of Disease Resistance Genes to TSWV and Leaf Spots and Development of Molecular Markers for Breeding Selection” by Dr. Baozhu Guo, “Adaptation of New Fungicides and Application Strategies for Control of Early and Late Leaf Spot on Peanuts” by Dr. Albert Culbreath and “Peanut Response to 2,4-D Amine” by Dr. Eric Prostko. A number of the projects submitted by the University of Georgia and awarded funding are available on the GPC website. 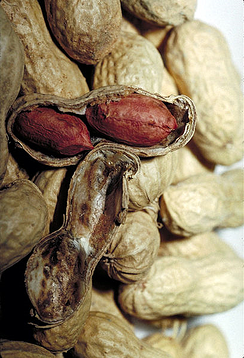 “We are proud of our close relationship and partnership with research institutions in the state,” said Donald Chase, Georgia Peanut Commission Research Committee chairman. “Peanut growers are pleased to invest in the future by providing monetary support for research and education that has continued to demonstrate a return on our investment. Due to the tremendous success enjoyed by Georgia peanut farmers in 2012, we were able to increase research funding in 2013.”

The University of Georgia, Athens is a richly-funded science research environment that conducts research on a number of life science projects in addition to peanut studies. The NSF reported that in 2010, total R&D expenditures in life sciences at UGA totaled $167.7 million. In 2011, the NIH reported that the school’s direct plus indirect costs excluding R & D contracts and ARRA awards totaled $34.2 million. The NIH also gave the University of Georgia $37 million in research funding last year. This year, UGA received $51.6 million from the NIH for 163 research projects.

Given this funding information, it’s clear that the University of Georgia has a great deal of potential for life science equipment sales. The University of Georgia opened its $20 million health sciences campus in Athens in the fall of 2012, according to the Atlanta Business Chronicle. UGA Today also reports that University of Georgia cancer researchers were awarded research funding grants totaling $4.1 million. With the grants they will research new ways of detecting ovarian and pancreatic cancers using the most current technologies available. 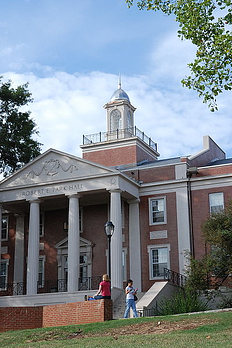 The University of Georgia, Athens is one of the top funded biotechnology markets in the country. If you are a lab supplier or biotechnology vendor interested in meeting science researchers, lab managers and purchasing agents or learning more about the life science equipment sales market at the University of Georgia, Athens, Biotechnology Calendar, Inc. invites you to attend our annual Athens BioResearch Product Faire™ Event on April 17, 2013. Biotechnology Calendar, Inc. is a full-service science research marketing and events-planning company that organizes trade shows at top research institutions across the country.

Last year, the Athens BioResearch Product Faire™ Event attracted 153 attendees. Of those attending, 30 were purchasing agents, professors and post docs, and 29 were lab managers. The visitors came from 27 different research buildings and 28 departments across campus. For more information on University of Georgia funding statistics, click on the button below. If you are interested in learning about another life science equipment sales market and attending a trade show closer to home, we encourage you to check out our 2013 calendar of events.