You may be wondering why a pair of research institutions from the United States and Sweden would choose to work together on this project. One reason is University of Michigan professor of chemical engineering and food science Kris Berglund(left, courtesy of MSU), who is spearheading the project. He is also a professor of biochemical and chemical process engineering in Sweden: and he believes the challenge of alternative energy has the same solution in both Sweden and Michigan.

According to the CIA World Factbook, Sweden has no crude oil production or exports. However, it does have nearly 70 million acres of forestland. Similarly, the state of Michigan imports 97% of its oil and ranks fifth in forest resources in the United States. It’s clear that both the country and the state would benefit greatly from utilization of forest materials as opposed to oil. In fact, Sweden has announced that it will break its dependence on oil by 2020, making it the world’s first oil-free economy.

In order to achieve that goal, Berglund and his team are exploring the merits of butyric acid, which can be easily produced from forest resources. It also has several advantages over the commonly discussed biofuel ethanol. For instance, butyric acid is less volatile and less sensitive to cold temperatures than ethanol. This is especially useful for Sweden and Michigan, where temperatures scarcely top 80 degrees Fahrenheit and consistently slip below freezing in winter. Also, butyric acid has more carbon to carbon bonds than ethanol, so it released more energy per molecule when it is burned. 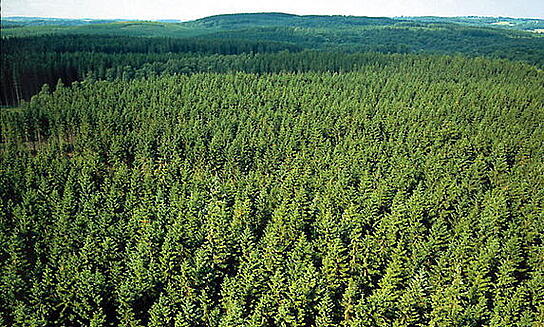 Now that he understands how butyric acid works as a fuel, Berglund’s next goal is to make it a practical and accessible resource. As he states in an MSU article:

“The idea now is to move on to using more complex materials and to create high-value products to help drive the overall economy of the biorefinery…Our aim is to achieve an efficient production of the chemical butyric acid.”

He hopes that biorefineries specializing in this production can open up jobs in Sweden and Michigan. After all, he has already helped launch companies in Michigan, Sweden, and France that “work to replace fossil fuel-based products with alternatives derived from plants and microbes.”

Berglund’s research is funded by the Michigan Economic Development Corporation and MSU AgBioResearch as well as a $58K grant from the Swedish Energy Agency. For more statistics about research funding at the University of Michigan at East Lansing, please click the following button:

Biotechnology Calendar, Inc. is proud to host its East Lansing BioResearch Product Faire™ at the innovatively green campus of Michigan State University on July 18, 2013. For over 20 years, Biotechnology Calendar has been producing top-class research tradeshows nationwide. These shows are designed with life science researchers and laboratory suppliers in mind. If you’d like to attend our East Lansing event, please click the button below, or see our 2013 schedule for a wider geographical selection.