Geneticists at the University of Arizona recently worked with 300 research scientists in 14 countries to crack the genetic code of tomatoes. The results of the study are expected to be used to lessen costs of tomato production and improve efforts at making tomatoes resistant to drought and pests. Founded in 2003 in Washington, the Tomato Genome Consortium includes scientists from Argentina, Belgium, China, France, Germany, India, Israel, Italy, Japan, Korea, the Netherlands, the United Kingdom, Spain and the United States. The results of the study were published as a cover story in the May 31 issue of the journal Nature.

The tomato is a member of the Solanaceae family, whose other nightshade members include potatoes, peppers, eggplants, petunias, tobacco, belladonnas and mandrakes. According to a University of Arizona news article, nightshades have adapted to many different environments, including ecosystems from tropical rain forests to the parched Atacama Desert in Chile. 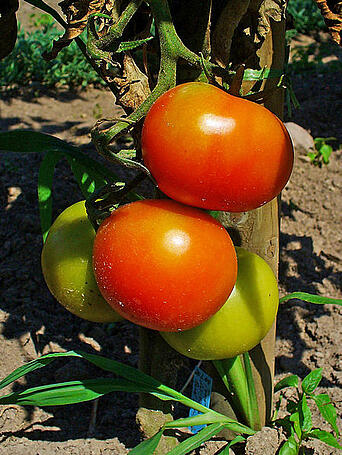 Though the project to decode tomato DNA began in 2003, the first breakthrough occurred in 2008 when next-generation technologies became accessible to decode the genetic structure. Tomato research scientists say that the sequencing of the tomato’s genetic code will allow tomato breeders to grow tomatoes with a longer shelf life and better flavors, reported Medical Daily. Aside from these practical advantages to the research, the project will also allow for a great deal of progress in understanding plant biology.

"The tomato is an important biological model system for understanding fruit biology, ripening and crop development," said Rod Wing, a research scientist who heads the Arizona Genomics Institute at the University of Arizona. The Arizona Genomics Institute provided the physical map that made it possible to put the genetic sequence in order. Wing's team members are experts in developing these physical maps, a critical groundwork for any genome sequencing effort. Wing’s lab and team members have become famous for their outstandingly high-quality maps.

"If you think of the genetic information as a book, the words would refer to the sequence of the genes, and the physical map would refer to the order of the pages," Wing said. "Sequencing gives you three or four pages at a time, but then you have to connect those with the next three and so forth. You could say we put the pages of the book in order." 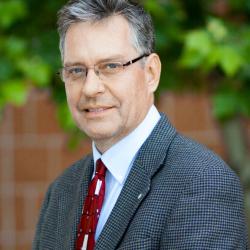 Rod Wing of the University of Arizona

Photo courtesy of University of Arizona

Wing also explained that his work, along with many other genomic sequencing studies, has shown that organisms are less different in their number of genes than researchers originally expected. The tomato is estimated to have about 50 percent more genes than humans. The incredible diversity of life seems to be much more closely linked to the mechanisms regulating the activity of those genes than sheer number of genes.

On a personal note, Wing said he is particularly happy about having sequenced the tomato’s DNA because the fruit was his "first love" that served as his muse in the beginning of his calling in plant science. Perhaps his close relationship with the tomato will carry Wing and his team members even further in their research of tomato biology, helping scientists further understand how to create a better tomato.

Rod Wing is one of many University of Arizona researchers dedicated to remaining at the forefront of scientific discovery.  On September 22, UA enacted a three-year Capital Improvement Plan.  This will include over $255 million worth of building developments and could include a brand new bioscience facility.

The University of Arizona receives more than $530 million in annual research funding, is ranked as one of the top 15 public research universities in the nation, and is a member of the prestigious Association of American Universities (AAU), a group of 62 leading U.S. Universities distinguished by the breadth and quality of their programs in research and graduate education.