Bioengineers across the country are working on developing the best biofuel technology, with the goal of producing the most fuel yield from a given biomass. This May, for instance, we reported on a MSU bioresearcher who worked on optimizing the process of creating biodiesel. A research team at the University of California, Riverside has recently come up with the most effective method yet.

The UCR team holds itself to a very high standard: that is, it wants to create biofuels that can be immediately substituted for traditional gasoline, diesel, and jet fuels. Such biofuels are called drop-in fuels because of their ability to be “dropped in” to the gas tanks of cars, trucks, and planes without any alteration to the fuel or the vehicles’ engines. Two chemicals found in maple wood, furfural and hydroxymethylfurfural (5-HMF), are known for their potential to be converted into drop-in fuels; however, the yield of these chemicals under current processes is not enough to be cost-efficient. 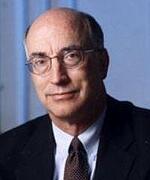 Determined to make use of furfural and 5-HMF, the bioengineers set out to develop a fuel production process with higher yield, and succeeded. The project leader, Charles Wyman, illustrates the team goal with an analogy. “Real estate is about location, location, location,” he says in a UC Riverside press release. “Successful commercialization of biofuels technology is about yield, yield, yield, and we obtained great yields with this novel technology.” The process, which is currently named Co-solvent Enhanced Lignocellulosic Fractionation (CELF), boasts a yield rate 50 percent higher than commercial processes today.

In a nutshell, CELF reaches this stunning advantage by rolling multiple steps of the biofuel production process together. The pretreatment, sugar hydrolysis, and sugar catalysis are all carried out at once, conserving the amount of energy needed to finish the reaction. This breakthrough technology is projected to allow furfural drop-in fuel prices to compete with those of crude oil. Wyman and his partners are filing a patent on the process and are forming a new spin-off company in order to commercialize the technology. 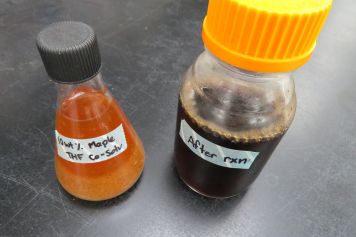 The drop-in fuels research was supported by a grant from the Sun Grant Initiative, the UC Riverside Research and Economic Development Office of Technology Commercialization, and the University of California Transportation Center. To read more about the funding of research on the UC Riverside campus, read our free UCR Funding Report using the button below:

Biotechnology Calendar, Inc. makes an appearance at the University of California, Riverside campus each year for its Riverside BioResearch Product Faire™, held next on August 27, 2014. Last year, this life science vendor show attracted 309 attendees, of whom 47 were purchasing agents, professors and post docs, and 25 were lab managers.  If you happen to be in the Southern California area next week, we will also be hosting the San Diego Biotechnology Vendor Showcase™ on the UC San Diego campus the next day, August 28, 2014. Biotechnology Calendar, Inc. is a full service event company that has produced on-campus, life science research trade shows nationwide for the past 20 years. If you are a university researcher or a laboratory product vendor, consider attending one of our on-campus trade shows by either using the buttons below or viewing our 2014 schedule of events.