Words like “toxic” and “lethal” are very subjective in the world of life science research, where one creature’s poison is another creature’s pleasure. For instance, we saw some fantastic research last year at the University of Minnesota involving bacteria that ate enough chlorine to detoxify superfund sites. Following in the tiny footsteps of these microbes, bacteria under investigation at Michigan State University enjoy consuming the toxic byproducts of biodiesel plants, indicating a greener and more sustainable future for the industry.

The biodiesel production process is far from perfect. Currently, the most common methods generate a large amount of toxic wastewater, which needs to be shipped to a water treatment plant. They also depend on fossil fuel to keep the process in motion, which, though it works, is not sustainable practice. 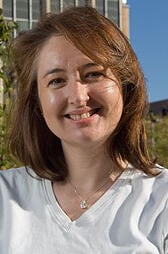 Michigan State University microbiologist Gemma Reguera (left) realized these issues and devised a method to address both at once. She knew that there were several bacteria that could thrive in and even consume biodiesel byproducts; however, these bacteria excrete byproducts just as toxic in the process.  Her solution was to engineer a new type of bacteria named Geobacter sulfurreducens to pair with one of these bacteria and consume its byproduct. Together, they are a formidable team, as Reguera explains in a MSU press release:

“They feast like they’re at a Las Vegas buffet…One bacterium ferments the glycerol waste to produce bioethanol, which can be reused to make biodiesel from oil feedstocks. Geobacter removes any waste produced during glycerol fermentation to generate electricity. It is a win-win situation.”

The amazing part of the process, as Reguera points out here, is that the only two byproducts that remain after the bacteria detoxify the water are bioethanol and electricity. Both of these can be used to power the production of biofuels and thus reduce the need for fossil fuel as a power source. 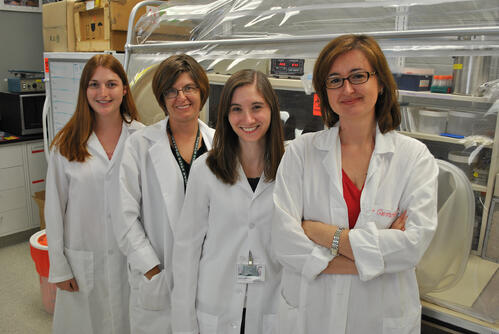 Reguera’s exciting research is already receiving commercial attention. After releasing the prototypes, her lab received a Michigan Translational Research and Commercialization grant to scale up the research to handle larger volumes of waste. She is also solidifying a partnership with the Michigan Biotechnology Institute to build an entire biodiesel plant equipped with her specialized bacteria.

For more information on the grants MSU earns with its outstanding research, peruse our free Funding Statistics report, below:

Biotechnology Calendar, Inc. pays a visit to Michigan State University each year for the East Lansing BioResearch Product Faire™, a life science event held right on the university campus. Make sure to mark your calendar for July 23rd, 2014 when we next return to MSU. Biotechnology Calendar is a full service event company that has produced on-campus, life science research trade shows nationwide for the past 20 years. We plan and promote each event to bring the best products and services to the finest research campuses across the country. If you are a university researcher or a laboratory product vendor, consider attending one of our on-campus trade shows: here is our 2014 schedule.