Occasionally the most interesting discoveries are made simply by investigating a chance observation. Take for instance our earlier MSU blog about venom-resistant mice, whose analgesic usefulness was only realized after noticing that they didn’t seem to mind being stung by scorpions. Now at the University of Cincinnati, scientists have discovered a previously unknown property of a junk food ingredient that actually helps remove toxins from the body.

A recent trend in several snacks is to advertise reduced calories. That’s why olestra, a zero-calorie fat substitute, is quite popular in the industry. One of the most famous foods that utilizes the compound is Pringles, the wavy chip known for stacking well inside a can. Olestra has a benefit beyond the world of marketing, though, as UC researchers found in an unexpected clinical trial on the chip.

"Olestra is a fat that passes through the body and remarkably it has revealed a potential health benefit of removing PCBs,” remarks Ronald Jandacek, professor of pathology and laboratory medicine and principal investigator of the study. PCBs are known carcinogens that were once widely produced in products like coolants, sealants, paints, wood floor finishes, and plasticizers in cements. They soon left the assembly line because of the health risks they pose, but they have a long half-life and remain in our environment today. PCBs have been linked to endocrine disruption, hypertension, diabetes, and cancer when found in high concentrations in the body.

To Jandacek’s surprise, the amount of olestra in Pringles was enough to considerably reduce the amount of PCBs in the bodies of consumers. Compared to a control group, people who ate Pringles daily experienced an 8 percent decrease in PCBs. "Olestra’s effect on PCB removal is apparently the result of solubilizing fat-soluble compounds like PCBs in the intestine and the solubilization reduces absorption of these compounds into the body,” Jandacek explains in a UC press release. Less absorption means that the body can naturally remove more of these toxins by itself. 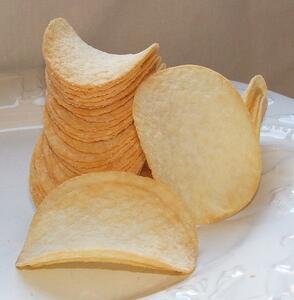 Of course, the next question is whether it’s actually worth eating these snack foods in order to obtain the detoxifying benefits. This study was supported by funds from the National Institute of Environmental Health Sciences, the National Center for Research Resources, and the National Center for Advancing Translational Sciences. If funding information for the research at UC interests you, consider reading our free University of Cincinnati Funding Stats and Vendor Show Info report, accessible here:

If you are a research scientist or lab supplier interested in networking with others in your field at University of Cincinnati, Biotechnology Calendar, Inc. invites you to attend our annual Cincinnati Bioresearch Product Faire™, held this year on August 6, 2014 on the UC campus. Biotechnology Calendar, Inc. is a full-service science research marketing and events-planning company that hosts events at top research institutions nationwide. If you are interested in attending this show, please click the button below. Otherwise, we encourage you to check out our 2014 schedule for a more complete geographical selection.