When it comes to creatively solving problems in biotechnology, time and time again nature takes the cake. In our recent history, we’ve seen the University of Minnesota use the kava root to prevent lung cancer and Michigan State University take cues from a mouse to develop new anesthetics. Now researchers at University of Washington, St. Louis are looking to nature to solve a problem where biotechnology is at its wit’s end: developing an effective antibiotic.

The production of antibiotics has dramatically lost steam in the past few decades, and the reason is clear: bacteria are becoming increasingly resistant to the drugs we have. We’re at the point where nothing we produce seems to work against bacteria for any meaningful amount of time, and this makes antibiotic production seem hopeless. 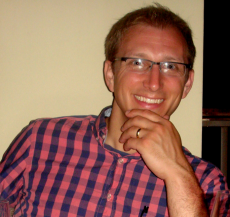 WUSTL biochemist Timothy Wencewicz encourages a more critical appraisal of the situation. For instance, how come it’s only recently that bacteria are developing resistance faster than we can create new drugs, especially considering that biotechnology is a stronger field now than it’s ever been? Have we perpetuated an astronomical rate of adaptation in disease-causing bacteria? Not exactly, says Wencewicz: the problem is that we’ve limited our own potential.

Every major class of antibiotics in use today was actually discovered over 50 years ago, in a period known as the “golden age” of antibiotic discovery. This period lasted from around 1940 to 1960, and it came to a close because chemists believed that there were no more useful compounds to be directly discovered. Since then, new antibiotics have been “created” by tweaking the chemical structure of existing antibiotics. But simply tweaking these antibiotics can only be effective for so long.

“You’re really just kicking the can down the road, because you’re using the same chemical scaffold and the same biological target,” says Wencewicz in a Washington University article. “It’s not a long-term management plan for antibiotic resistance.” What we need is an altogether new “scaffold,” and that’s exactly the focus of Wencewicz’s research. He leafs through the countless molecules that have been published and patented over the last forty years, looking for unique molecules with promising antibacterial tendencies.

One such molecule is tabtoxin, which takes a very different approach to fighting bacteria. It has two parts: an amino acid and a toxic compound, connected by a single bond. Bacteria like free amino acids, so they let tabtoxin through their several membranes and eat through the bond to get the amino acid, which activates the toxin. It’s an ingenious way of getting toxins through to bacteria, usually a steep challenge in antibiotics. “You won’t find that type of fined tuned delivery system in a library of synthetic compounds sitting in a pharmaceutical company,” Wencewicz remarks. “Only nature engineers mechanisms like that.”

(The chemical diagram of tabtoxin. The toxin is labeled in red and the amino acid bait is in green.)

Wencewicz is continuing to research tabtoxin and other antibiotic candidates and is trying to persuade other bioresearchers to do the same. He gets his funding partially from grants from the NIH. For a more detailed report on research funding and university grants for the Washington University at St. Louis, read our WUSTL Funding Statistics Report:

Biotechnology Calendar, Inc. is visiting Washington University in St. Louis today, March 20th, 2014 for our St. Louis BioResearch Product Faire™ event, held annually on the WUSTL campus. This show is an excellent opportunity for life science scientists and laboratory equipment suppliers to network and discuss their research needs and solutions. We hope you're currently enjoying the event. If you couldn't make the St. Louis BioResearch Product Faire™ event, not to worry: you can check our 2014 show schedule for an upcoming show in your area.